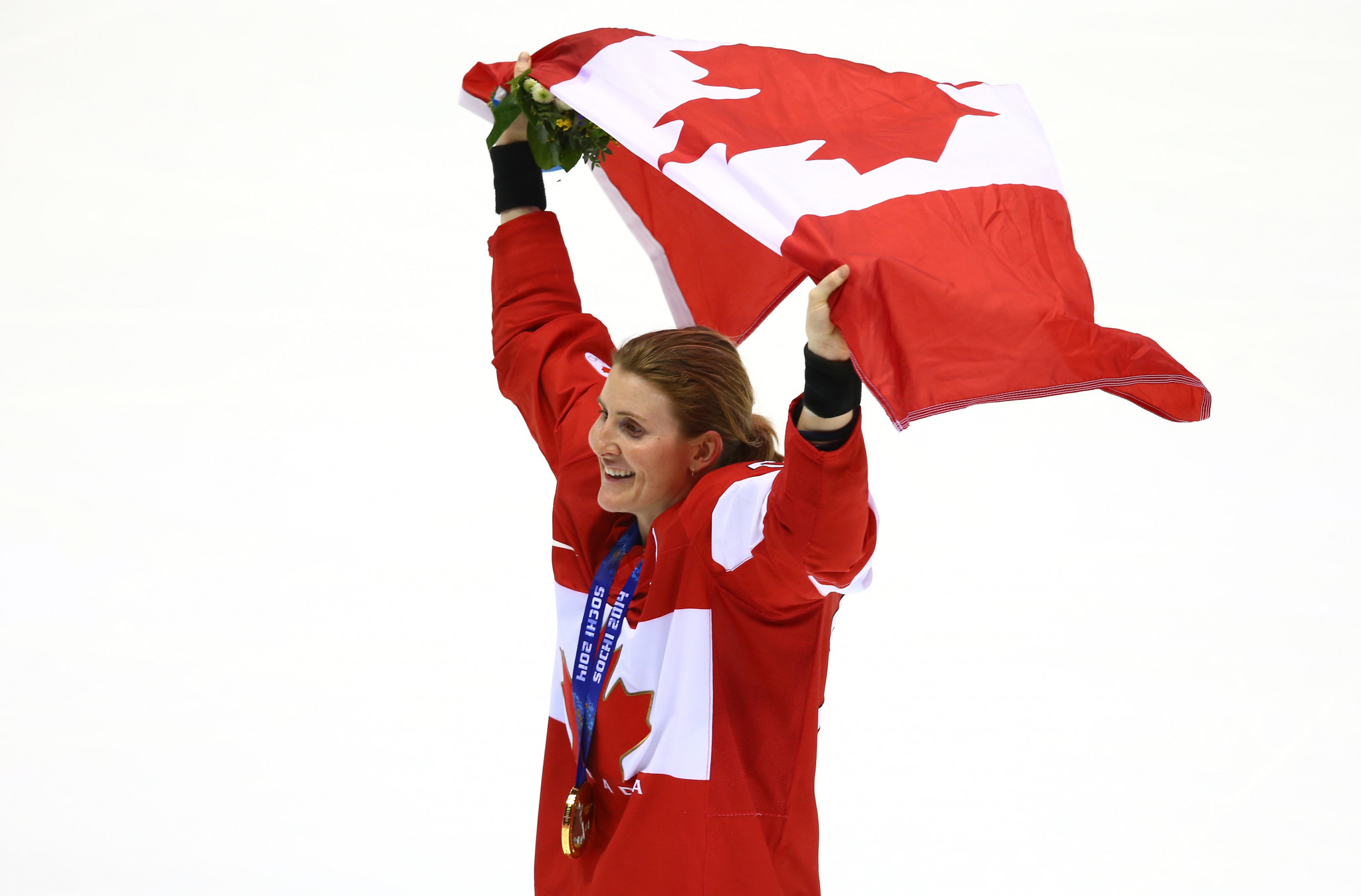 Four-times Olympic gold medallist Hayley Wickenheiser has become just the seventh woman to be inducted into the International Ice Hockey Federation (IIHF) Hockey Hall of Fame in Toronto as one of six newly-elected members.

Compatriot Guy Carbonneau has also been inducted to the hall of fame alongside Czech Republic's Václav Nedomanský, Sergey Zubov from Russia and sport builders Jerry York from the United States and Canadian Jim Rutherford.

During an illustrious international career she played in 276 matches, scoring 168 goals and providing 211 assists, topping the all-time lists for Team Canada.

In the IIHF Women's Ice Hockey World Championships, WIckenheiser is the all-time leader in goals, assists and points with 18, 33 and 51 respectively.

Just stepped out of a med school course to the news. A huge honour and dream come true for a little girl from Shaunavon, Sask.. Congrats to Guy,Sergei,Vaclav,Jim and Jerry. Thank you for all the kind words. #HHOF2019 pic.twitter.com/HioA3rt26R

"Outside of winning an Olympic gold medal, for a personal accomplishment, this is probably the holy grail," ickenheiser, a member of the International Olympic Committee's Athletes' Commission, told Sportsnet .

"You’re with the best players to have ever played the game, male and female.

"Today I had just so many different people reaching out from both the male and female side.

"It brought back a lot of memories from the different eras of my hockey career."

Carbonneau did not represent Canada as a player but an 18-year career saw him claim Stanley Cup titles with the Montreal Canadiens in 1986 and 1993 and with Dallas Stars in 1999.

NEWS | Three Team Canada alumni – Hayley Wickenheiser, Guy Carbonneau and Jim Rutherford – will be inducted into the @HockeyHallFame this fall as part of the Class of 2019.

Zubov has the highest points per game average of any Russian defenseman who played in the NHL with 0.772 and he finished his NHL career with 152 goals and 619 assists from 1,068 games.

York has been inducted for his head coach duties at collegiate level, where he has recorded more than 1,000 career wins.

He has won five national championships, one with Bowling Green in 1984, and four at Boston College.

The six new members are due to officially inducted at a ceremony at the Hockey Hall of Fame in Toronto on November 18.