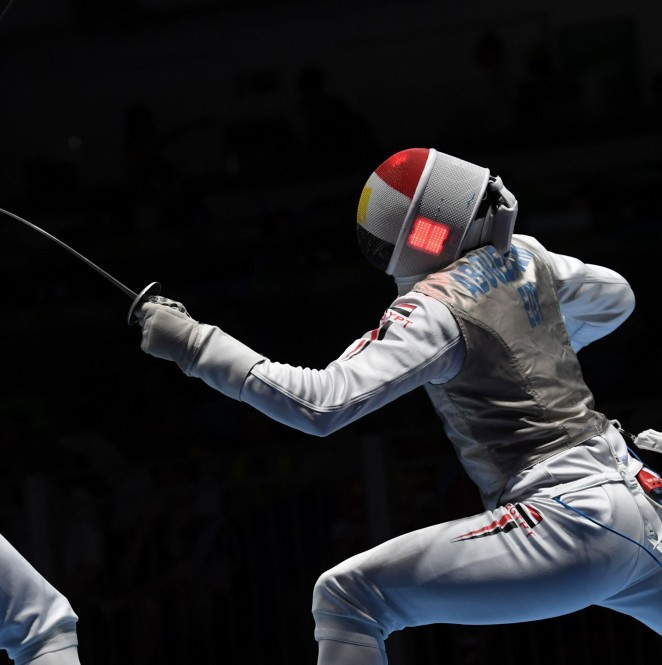 Abouelkassem battled to top honours in the men's foil at the Palais des sports Salamata in Mali's capital as Besbes grabbed gold in the women's épée.

The world number 16 was the best-ranked fencer in the draw and proved too strong for his team-mate who is ranked at 49.

He has now won the African title on four consecutive occasions and eight times in all.

Both Egyptians beat Tunisians in the semi-finals with Abouelkassemwon seeing off Mohamed Ayoub Ferjani 15-11.

Gold for Besbes, the world number 54, came after a 15-7 success over Egypt's Shirwit Gaber.

Besbes now boasts nine African titles and has reclaimed the crown she last won in 2015.

Egypt's world number 38 Nardin Ehab was the top-ranked fencer competing but was edged 15-14 by Gaber in the quarter-finals.

Competition is due to continue in Bamako tomorrow with the men's épée and women's sabre.