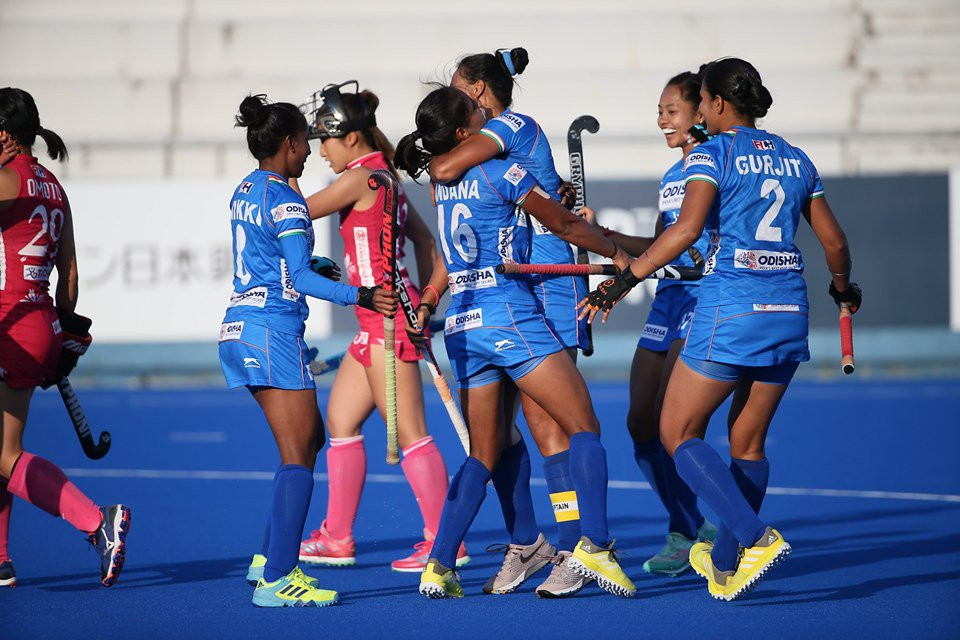 The world number nine side proved too strong in the final to silence a noisy crowd at Hiroshima Regional Park which included traditional drummers.

It meant India ended the tournament with a 100 per cent record and they have added the title to the spot at the Tokyo 2020 Olympic qualifier which they earned by reaching the final yesterday.

Japan, as hosts of Tokyo 2020, are already assured of a spot in the Olympic tournament.

The Indians went in front when skipper Rani fired home from a penalty corner.

Mori Kanon drew the home side level after wrong-footing the Indian keeper and the game was all square at half-time.

Both teams had chances but it was India's Gurjit Kaur who was the next to register as she blasted a 45th minute rocket into the back of the net.

Kaur then added her second and her team's third on the hour mark with a strike from a penalty corner.

"I think we have defended very well and we can play fast combination hockey and we have a really good drag flick."

Japan are ranked 14th in the world and recovered to reach the final after only finishing third in their group.

"The girls kept going until the end, created some good chances and maybe a couple of things didn't fall out well," said Japanese coach Anthony Farry.

"That's the beauty of sport I guess.

"It's disappointing but we'll come back stronger from this performance."

In the bronze medal match, Chile beat Russia 3-1 on penalties following a 3-3 draw.