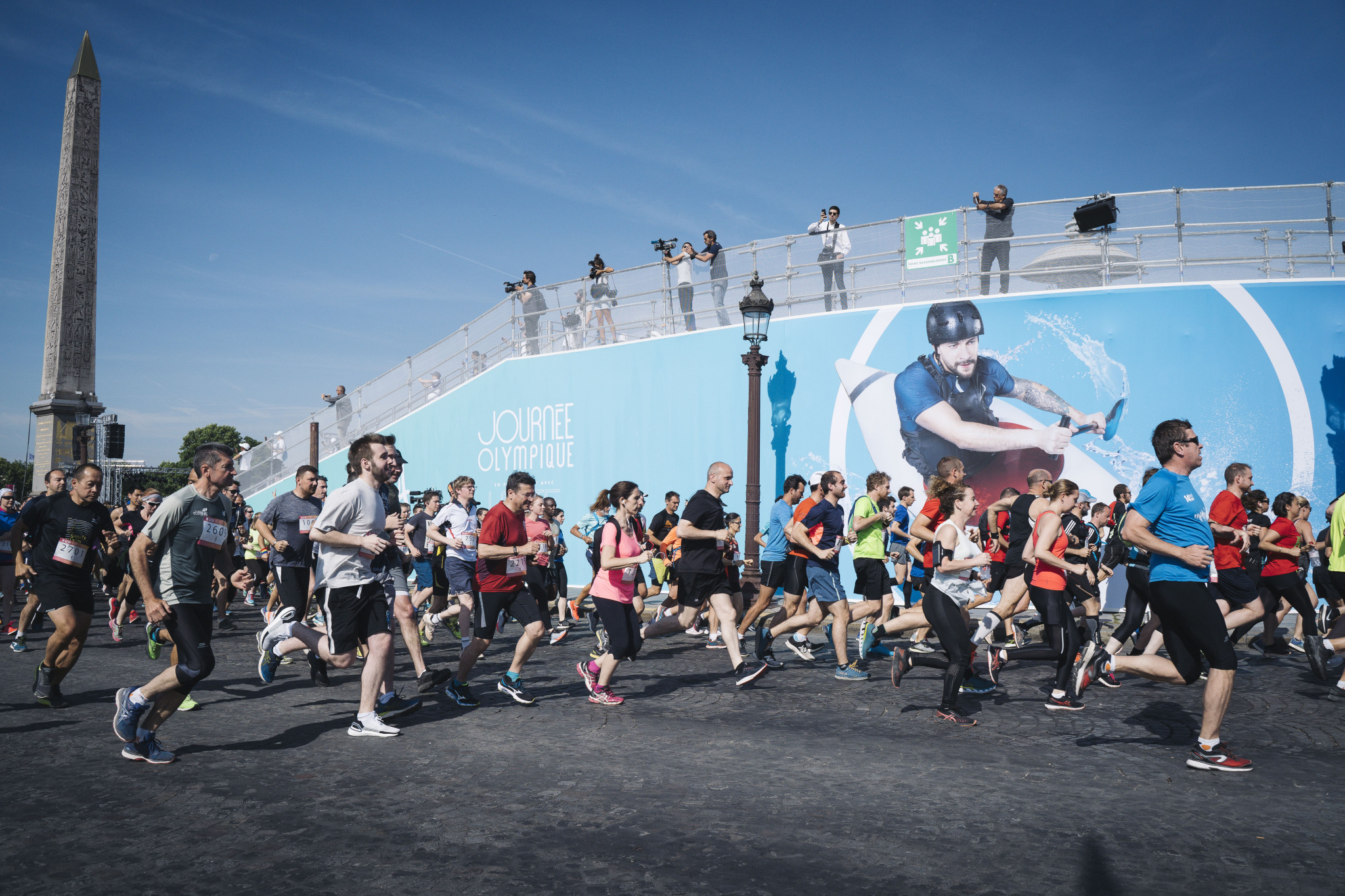 The first qualifiers for the Paris 2024 mass-participation marathon have been selected following a 2,024-metre race to mark Olympic Day.

Paris 2024, as part of a promise to be the first-ever Olympic Games to be open to the public, are planning to hold a mass-participation marathon, offering members of the public the chance to run the same course on the same day as the Olympic athletes, regardless of their athletic ability or age.

The first 24 places, along with their numbered bibs, were awarded following today's race held on the Place de la Concorde and organised with the support of the French Athletics Federation.

The race, Run Paris 2024, saw around 6,000 seasoned and occasional runners take part, after which 24 participants were drawn at random for a place in the mass-participation marathon in five years' time.

Following the Paris race, a further 22 bibs are due to be allocated today at the end of 11 more races, also run over 2,024 metres, held in the French cities of Angers, Bordeaux, Dijon, Marseille, Montpellier, Mulhouse, Rennes, Saint-Etienne, Tours, Villeneuve d’Ascq and Villepinte.

As in Paris, at their conclusion 22 more qualifiers were selected by way of a random draw - one man and one woman for each race - to take part at the 2024 Olympics.

Tony Estanguet, President of Paris 2024, said: "Last February, we announced our desire to revolutionise the Olympic experience and our ambition to involve all French people in the Games adventure.

"This Olympic Day is a taste of things to come.

"By giving every participant the chance to win a bib - all over France, over 2,024 metres, whatever their time or performance - we wanted to make this outstanding opportunity to take part in the Games open to as many people as possible.

"The 24 lucky qualifiers reflect that ambition.

"They now have five years in which to prepare for this unique experience, when they will run over the same course and in the same conditions as the world’s champion athletes, in the mass-participation marathon at the Games."