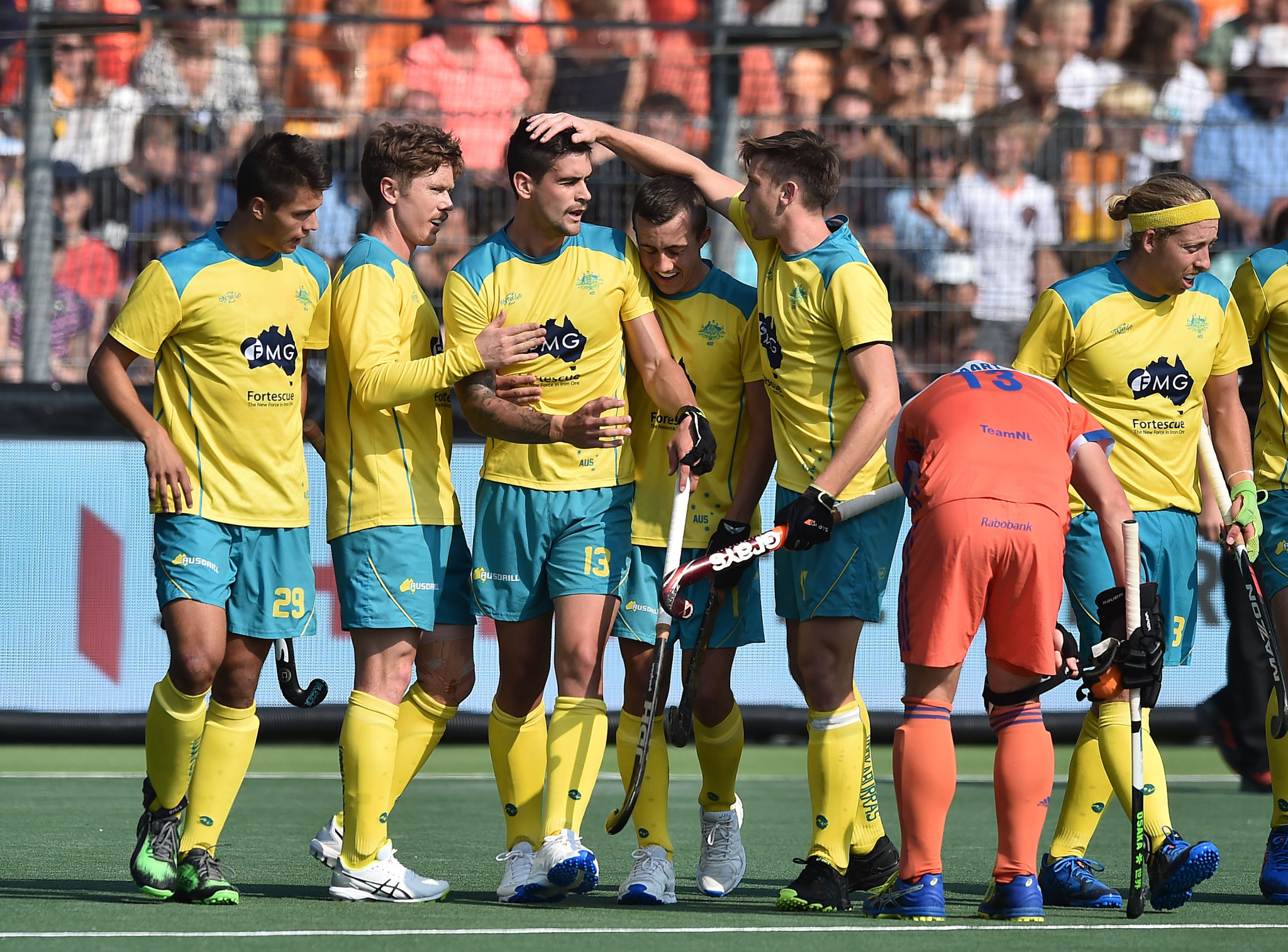 Table toppers Australia ended the regular season of the Men's International Hockey Federation Pro League with a superb 4-1 away victory over The Netherlands in Amsterdam.

Blake Govers and Jeremy Hayward both scored twice at the Wagener Stadium as the Kookaburras recorded their 10th victory in 14 Pro League outings.

Both countries were already assured of a place in the top four and with it a spot at the season-ending Grand Finals but Australia showed no sign of easing off the gas.

This meant a bumper-crowd but a problem with the watering system delayed the start by two hours with the fire brigade needing to be called to wet the surface.

When play did begin all of the goals arrived from penalty corners with Govers firing home a drag flick to open the scoring after five minutes.

Jip Janssen levelled two minutes later but with 14 minutes played Hayward netted his first to put the Australians back in front.

In the second quarter Govers was unsuccessful from two penalty corners before finally finding the net again with his third opportunity.

This was his 10th Pro League goal to move him joint level in the scoring charts with Spain's Pau Quemada.

In the dying moments of the third quarter Hayward's drag flick increased the Australian advantage.

"It was a pretty good game, we are pretty happy with that," said Hayward, the player of the match.

"They got a few chances no doubt, but I think we are now just going to get ready for next week in the Finals.

"We'll take a couple of days off, then we'll be out here training, getting used to the turf and getting ready for the Finals."

Australia, the three-time World Cup winners who won the Olympic gold medal in Athens in 2004, will be looking to add another major title at the first staging of the Pro League.

European champions Netherlands could not back-up their shoot-out win over the Australians in Melbourne, which followed a thrilling 5-5 draw, with their loss potentially proving significant for the Grand Final semi-final line-up.

A point for Argentina tomorrow against world champions Belgium, who have also already qualified, would see the South Americans claim third spot with the Dutch dropping to fourth.

That would mean Australia again facing the Dutch in the last four with Argentina and Belgium also meeting for a second time in quick succession.

However, a win for Belgium in Antwerp would leave the door open for Britain who would then finish fourth if they beat New Zealand in their match in London tomorrow.

With Germany among the countries already assured of a top four place the game was preparation for their Grand Final ambitions.

The Americans, who have ended the Pro League last with just one win from 16 matches, got themselves in front when Danielle Grega tapped home after 12 minutes.

Franzisca Hauke put them in front before a Rebecca Grote drag flick from a penalty corner increased the advantage.

Ashley Hoffman converted from a penalty corner of her own to bring the US back into the game with 45 minutes played but they could not find a leveller.

Germany will definitely finish fourth and will play league winners The Netherlands in the Grand Final last four.

Argentina v Australia has also been confirmed as a semi-final.

Tomorrow's last round of fixtures will see the Dutch play Australia in Amsterdam, Belgium play Argentina in Antwerp and Britain meet New Zealand in London.