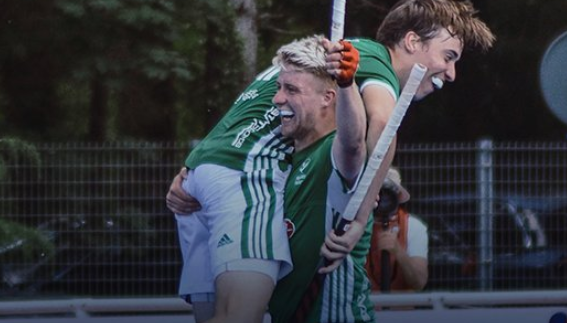 Ireland advanced to the semi-finals of the International Hockey Federation Men's Series Finals in Le Touquet in France and secured a place in the Olympic qualifiers.

The Irish team fell behind against South Korea in their semi-final at Stade Eric Choteau, Jeon Byung-jin converting from a penalty corner in the 25th minute.

However, the match swung dramatically in Ireland’s favour with three goals in three minutes.

Matthew Nelson drew them level on the half hour mark, before strikes from Eugene Magee and Shane O’Donoghue put them in control.

South Korea reduced the deficit in the 41st minute via Lee Seung-il from another penalty corner.

But Ireland put the polish on a 4-2 victory with a last-minute goal from Neal Glassey.

That feeling when you’ve qualified for tomorrow’s final in the FIH Series Finals and secured an Olympic qualifier in the Autumn! #GreenMachine #RoadToTokyo #Tokyo2020 #FIHSeriesFinals 📸 @FF_Hockey pic.twitter.com/y0sjcY709s

By securing a top-two finish, Ireland will progress to the Olympic qualifiers, scheduled to be held in October and November.

They will compete against other countries who have progressed through the Series Finals.

Hosts France were also aim to secure their place in the final and the Olympic qualifiers.

They claimed a comfortable victory over Scotland in the late match.

They will meet Ireland tomorrow's final, while Scotland will play South Korea in the third place playoff.