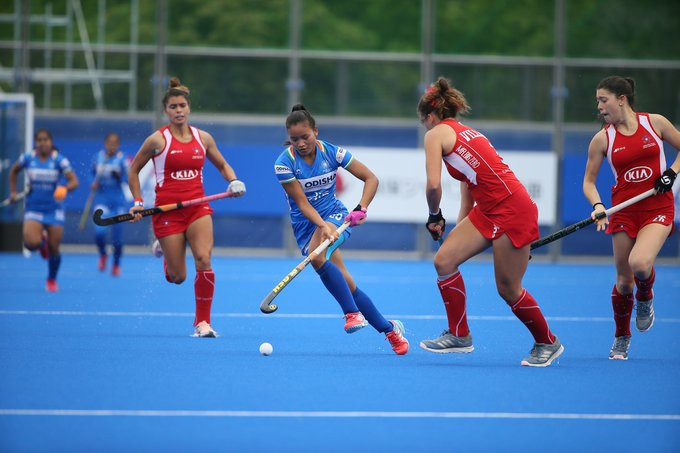 India secured a spot at an Olympic qualifier later this year after they beat Chile at the International Hockey Federation Women's Series Finals in Hiroshima.

The Indian side secured a 4-2 win to reach the final of the tournament at Hiroshima Regional Park.

They will take on Japan, already assured of a place at next year's Olympic Games in Tokyo as the host nation and the reigning Asian champions.

Japan defeated Russia in a shootout after their semi-final finished 1-1 at the end of normal time.

India will go through to the Olympic qualifiers, scheduled to be held in October and November, where they will compete against other countries who have progressed through the Series Finals.

Navneet Kaur put India in for front for the first time just after halftime and Kaur moved them further ahead shortly after.

Manuela Urroz pulled one back to leave the match poised at 3-2 going into the final quarter.

India were made to wait until the dying stages to be assured of maximum points as captain Rani scored India's fourth to seal victory.

The final is due to be held tomorrow.