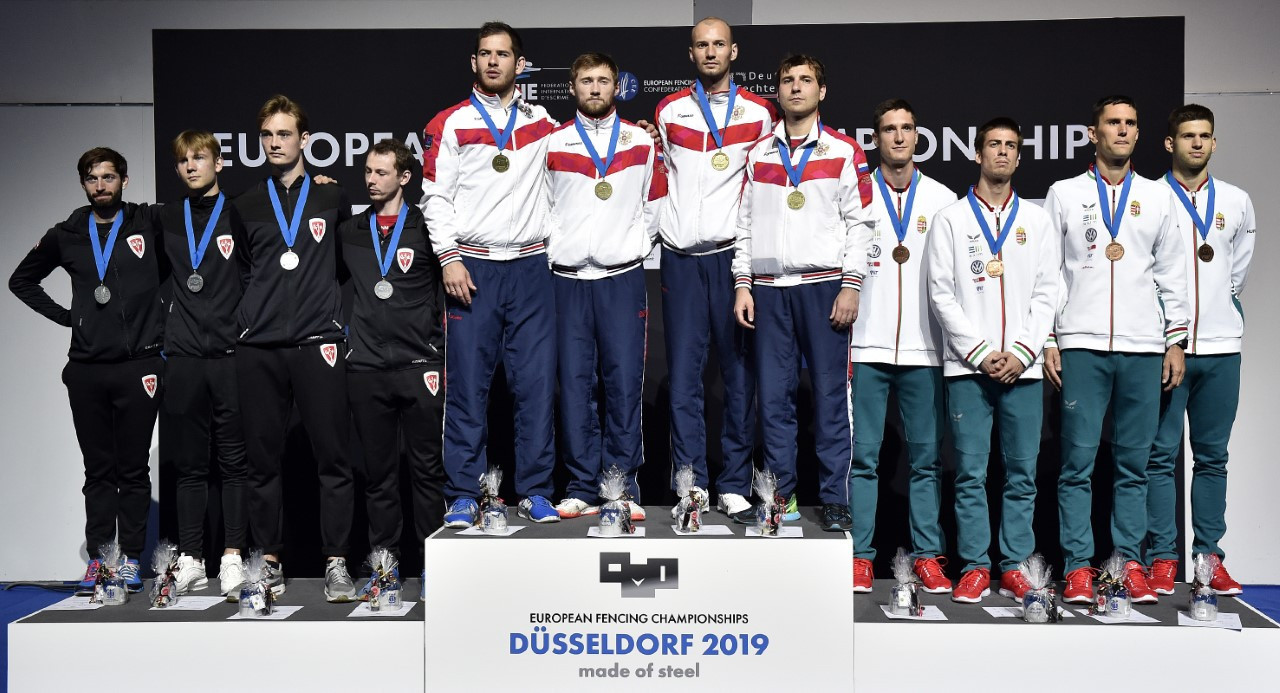 Russia claimed their fourth title of the 2019 European Fencing Championships in Düsseldorf and their third in the team events as they won both medals on offer today, the women's foil and the men's épée.

They were 2017 and 2018 champions in the épée but had to fight hard to retain their crown, winning their semi-final and final by one-point margins.

Top seeds Russia defeated Hungary 24-23 in the last four, before narrowly beating Denmark 31-30 in the final.

Patrick Jorgensen came on for the final leg for Denmark and pulled level with Russia’s Sergey Bida, however Bida held him off for the slimmest of victories.

Denmark's run to the final was very much unexpected, beating the more-fancied Ukraine and Switzerland teams to reach the semis, where they faced another surprise package, Estonia, who knocked out France.

A 40-32 win put the Danes into the final, where although they lost, they earned their country's first team medal at European level.

Hungary earned some measure of consolation for their semi-final disappointment by winning bronze, beating Estonia 36-25.

It is a second successive European title for the Russian team, with the same four members who triumphed in Novi Sad in 2018 retained to compete at Messe Düsseldorf.

Sergey Bida earned his second team épée title, while Nikita Glazkov, Sergey Khodos and Pavel Sukhov completed a hat-trick having also been part of the victorious squad at Tbilisi in 2017.

While the men's épée team had to battle hard for gold, the women's foil team blasted their way to the title with a double-figure margin of victory in all three matches.

After receiving a bye for the first round, they thrashed Poland 45-24, beat Italy 44-32 and secured an impressive 45-32 victory over France in the final.

The final saw Russia easing to a 9-7 lead after three legs of the nine-leg match and opened that lead up to 27-22 after three more, as their victory never looked in doubt.

Tomorrow sees the final day of competition, with the women's team épée and the men's team sabre.