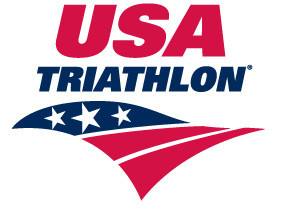 USA Triathlon and the Challenged Athletes Foundation (CAF) will for the first time offer a professional prize purse at the country's Paratriathlon National Championships.

The Paratriathlon National Championships are due to be held on July 20 in Long Beach, California, in conjunction with the inaugural Legacy Triathlon that is open to 750 age-group and physically-challenged open athletes.

The race will take place at Alamitos Beach, the proposed site of the triathlon competitions for the Los Angeles 2028 Olympic and Paralympic Games.

Athletes will compete for national titles in six classes.

"By offering professional prize money at the Toyota USA Paratriathlon National Championships, we hope to create a watershed moment for elite Para triathlon in the US and set an example for the continued professionalisation of the sport worldwide," USA Triathlon chief executive Rocky Harris said.

"We are proud to help offset the costs that these dedicated athletes face as they chase their dreams of competing at the Paralympic Games.

"By enhancing the overall profile of the event, we are able to increase fan, media and sponsor interest in Para triathlon during the build-up to Tokyo 2020.

"I want to extend our deep appreciation to CAF for their significant contribution to make this happen."

Bob Babbitt, co-founder of the San Diego-based CAF, said: "For the past 25 years, CAF has been all about growing Para triathlon.

"America's elite Para triathletes are some of the greatest athletes on the planet – and adding prize money to the Paratriathlon National Championships was the logical next step.

"CAF is proud to partner with USA Triathlon to help support not only to these amazing athletes, but the next generation of athletes as well."

In addition, they must be either a US citizen or US national able to represent the country at International Triathlon Union competitions.

All athletes will cover a 750 metres swim, 20 kilometres cycle and 5km run.