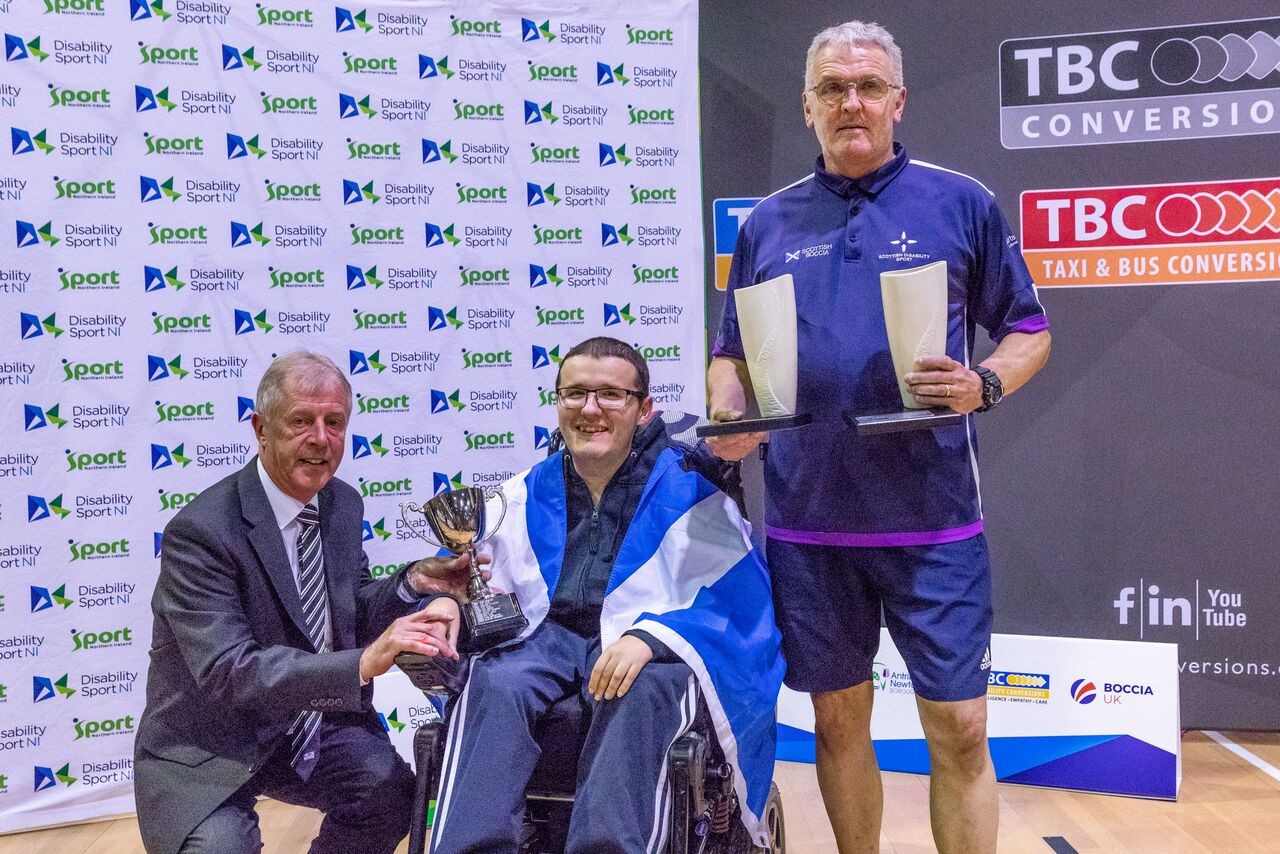 In the BC3 category, two-times Paralympian McCowan had finished second in his pool which meant he was pitted against younger brother Jamie in the semi-finals.

In a tight match, Scott won 4-3 and set up a meeting with England's Matt Berry, who had recently ssecured the silver medal at the Boccia England Cup in Sheffield in May.

However, even though Berry forced a tiebreak, it was the more experienced Scott McCowan who claimed gold.

It was Scotland against England again in both medal matches in the BC4 category.

Scotland’s McGuire beat England’s Louis Saunders 7-2 in the gold medal match, maintaining his 100 per cent record in these Championships.

However, the standings were reversed in the BC1 category with reigning world and Paralympic champion David Smith in commanding form, winning his semi-final 11-0 against fellow Englishman Dan Bentley, a score which he repeated in the final against Scotland’s Reegan Stevenson.

In the all-England bronze medal match, it was Daniel Wain who came out on top, beating Dan Bentley 6-4.

However, Northern Ireland’s Claire Taggart got the biggest cheer from the home crowd when she beat England’s James Clowes 4-0 in the BC2 gold medal match.

The home crowd had also hoped Scott Cromie could bag a medal in the bronze medal match, but it was not to be as England’s Reshad Saraj triumphed 3-2.

Boccia UK performance director Helen Nicholls said: ”We have seen some outstanding boccia played and I’ve been really impressed with the performances and the attitudes of the players.

"Playing against world-ranked players has been a great experience for the pathway players and they have shown they are pushing hard to improve.

"With little more than a year to go to Tokyo, being tested on home soil is great for the World Class Programme athletes, too.

“The Championships were played in a great spirit so a huge thank you to the volunteers and Disability Sport Northern Ireland for all their hard work in making it such a success.”