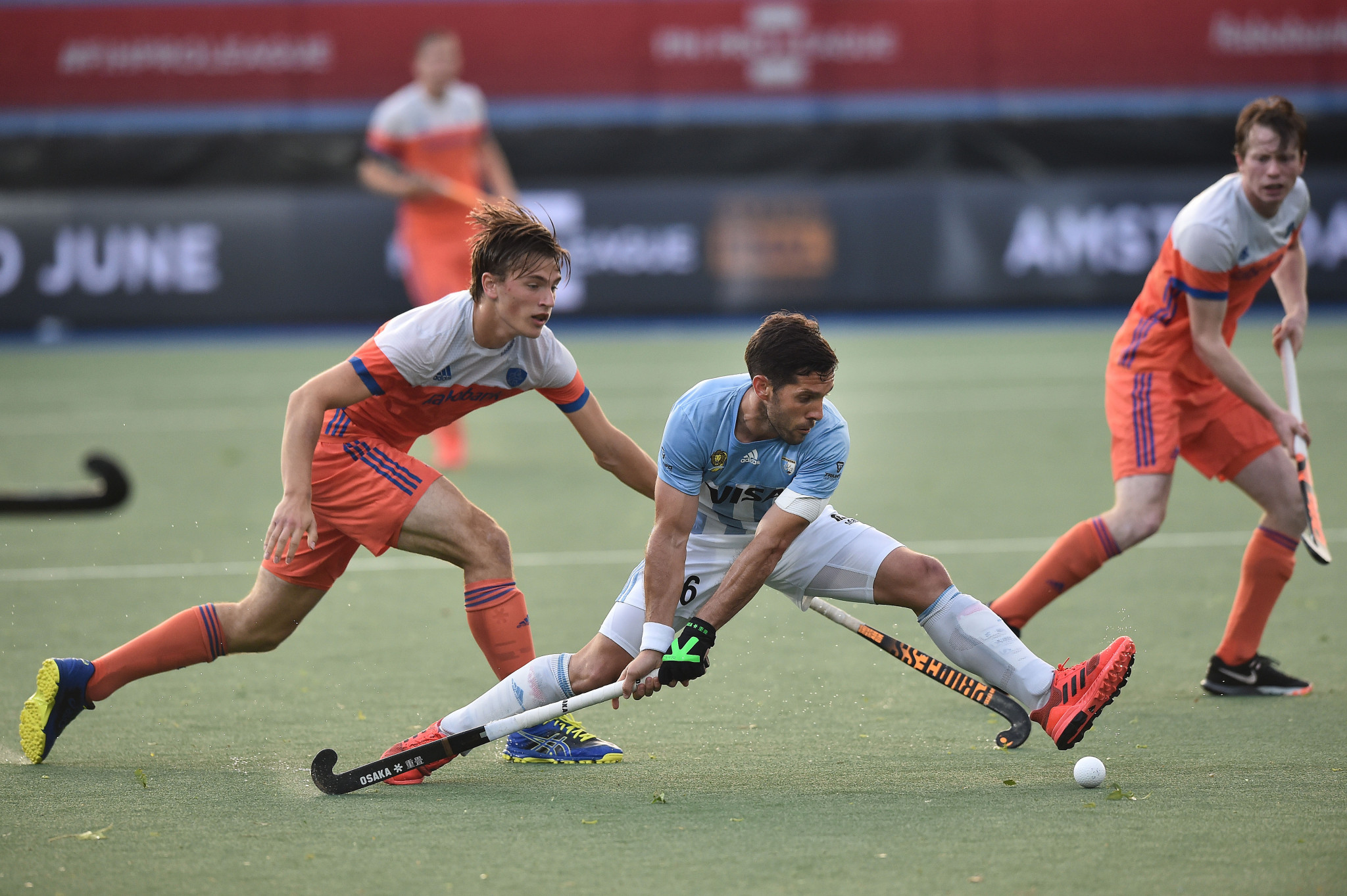 The Netherlands qualified for the men's International Hockey Federation Pro League Grand Final despite a shoot-out defeat to Argentina in Utrecht.

The visitors claimed a 4-2 victory in the shoot-out after the match at SV Kampong had finished 2-2 at the end of normal time.

The draw was enough to secure the Dutch side's place at next week's Grand Final in Amsterdam.

Argentina need a draw from their final league game against Belgium on Saturday (June 22) following their bonus point triumph to join the Dutch team at the season-ending tournament.

Mirco Pruijser guided his first-time deflection inside the near post to give the hosts the lead in the second quarter before Leandro Tolini levelled six minutes later.

Pruijser fired a rasping shot past Argentina goalkeeper Juan Vivaldi but the away side responded again through Agustin Mazzilli's well-worked goal, which sent the match to a shoot-out.

Australia, already assured of their Grand Final berth, are guaranteed to finish the league campaign in top spot as Blake Govers scored twice in a 2-0 win over world champions Belgium at Wilrijkse Plein in Antwerp.

In the women's competition, Belgium ended a five-match losing streak with a 1-0 victory over Australia at the same venue.

Ambre Ballenghein's fourth quarter penalty corner was the difference between the two sides.