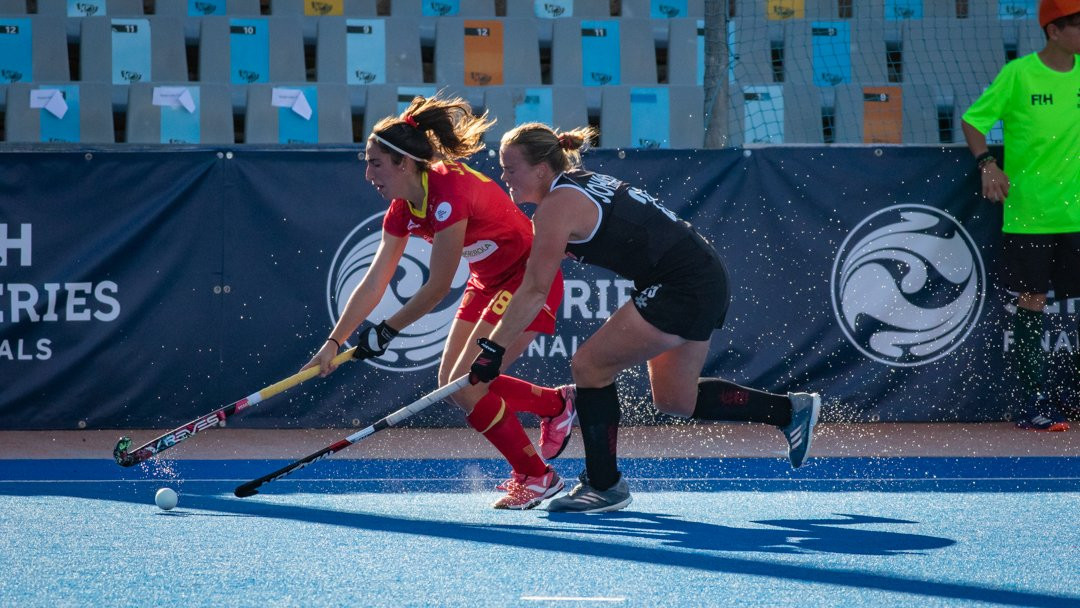 Hosts Spain had to settle for a 1-1 draw in their opening Pool A match at the International Hockey Federation Women's Series Finals event in Valencia.

Carola Salvatella's first-minute field goal put the Spaniards into a 1-0 lead at Estadio Betero before it was cancelled out by Brienne Stairs 10 minutes later.

Today's other match in Pool A saw Belarus thrash Namibia 7-0.

In Pool B, highest-ranked team South Africa were held to a 2-2 draw by Wales.

In a match where all four goals came from penalty corners, Sian French gave Wales the lead in the 19th minute before goals from Lilian du Plessis and Quanita Bobbs put the African champions ahead going into the final quarter.

Not to be denied, Wales restored parity in the 49th minute through Leah Wilkinson and managed to come away with a point.

Topping Pool B are Italy after they thumped Thailand 7-0.

Maryna Vynohradova notched a hat-trick, while there was a goal apiece for Elisabetta Pacella, Sofia Cesanelli, Lara Oviedo and Giuliana Ruggieri.

Action in Valencia is due to continue tomorrow with Pool B matches between Wales and Thailand, and Italy and South Africa.