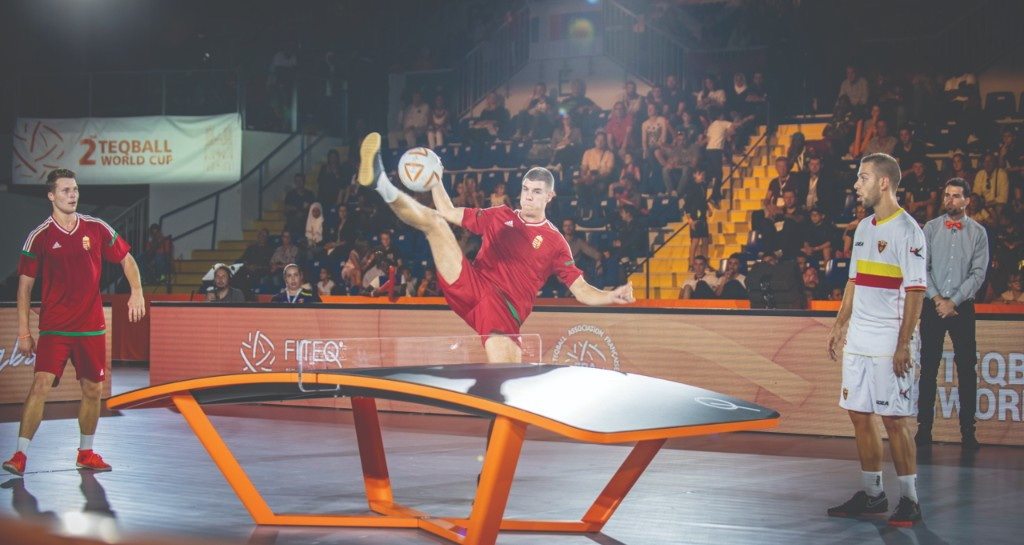 The International Teqball Federation (FITEQ) has signed a landmark media partnership with Eurosport with the growth of the emerging sport looking set to continue.

The deal begins on the island of Sal in Cape Verde with coverage of today's African Beach Teqball Cup, which is part of the African Beach Games run by the Association of National Olympic Committees of Africa (ANOCA).

Fourteen African nations are set to compete for the doubles title as part of a demonstration tournament at the inaugural edition of the Games.

It is the first time FITEQ has partnered with a broadcaster and the aim of the agreement is to increase international exposure and awareness of teqball, and the world governing body's events throughout the year, including the third edition of the Teqball World Cup on yet-to-be-confirmed dates.

Eurosport will execute a television and digital advertising campaign, covering 54 countries throughout Europe and the Asia-Pacific regions.

This is part of FITEQ's strategy to raise awareness of teqball in new territories and to increase participation as it strives for the sport to be added to the Olympic programme in the future.

"We believe the partnership with Eurosport will make a significant contribution to growing awareness of teqball in new territories, increasing uptake of the sport and driving interest in our events and competitions," Viktor Huszár, FITEQ's vice-president and co-founder, said.

"We’re delighted to get this underway at the African Beach Teqball Cup and look forward to introducing the sport of teqball to more and more people throughout the world."

FITEQ recently claimed teqball is a step closer to its goal of one day being added to the Olympic programme after achieving official recognition from ANOCA at its Annual General Assembly.

Representatives from the 54 NOCs that make up ANOCA met on Sal, where they collectively agreed to give FITEQ their seal of approval.

The approval from ANOCA follows that from the Olympic Council of Asia at its Annual General Assembly in Jakarta in August last year and continued efforts from FITEQ to see teqball achieve global recognition.

As part of a development plan to support the growth of teqball in new territories, FITEQ has previously announced it will donate tables and funds to NOCs planning on competing in future events.