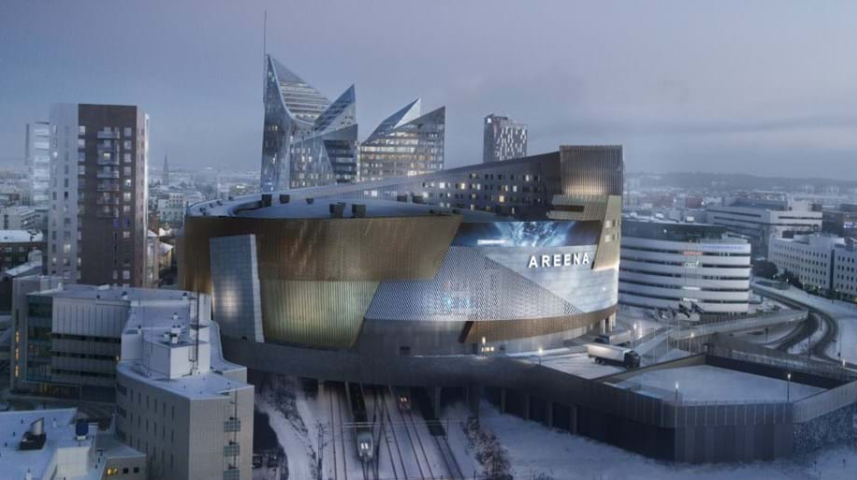 Details of the main arena set to host the 2022 International Ice Hockey Federation (IIHF) World Championship in Finland have been revealed.

The current world champions will host the tournament in Tampere and Helsinki, with the former as the main venue.

A new stadium is being built to host the event, Tampere Deck Arena, expected to open in the latter part of 2021.

The arena will seat around 13,500 fans and feature a second ice sheet to serve as a practice arena during the tournament.

One set of group fixtures, two quarter-finals, both semi-finals and the medal matches are due to be played at the Arena, which after the tournament will be the new home for the city's two top-tier clubs, Ilves and Tappara.

"For us, this is great news and we really look forward to coming to Tampere," Heikki Hietanen, general secretary of the tournament's Organising Committee, said.

"The Arena will offer an outstanding setting for the event.

"The location next to the railway station is excellent and the arena can be easily and ecologically reached from around Finland.

"In addition, the involvement of the city is outstanding, which means a lot for the organiser."

"Getting a new arena to Tampere has been a long process," IIHF vice-president and former Finnish Ice Hockey Association President Kalervo Kummola, who lives in Tampere, said.

"The planning started in 2006 so for the city, this Arena is a huge thing.

"When looking from the IIHF’s perspective, it’s great that in 2022 the World Championship is organised in the most modern arena in Europe."

The Championship are  scheduled to take place from May 13 to 29.

The 2019 event, won by Finland, took place in Bratislava and Košice in Slovakia.

The 2020 World Championship are due to be hosted in Zürich and Lausanne in Switzerland in Minsk in Belarus, and Riga in Latvia, in 2021.