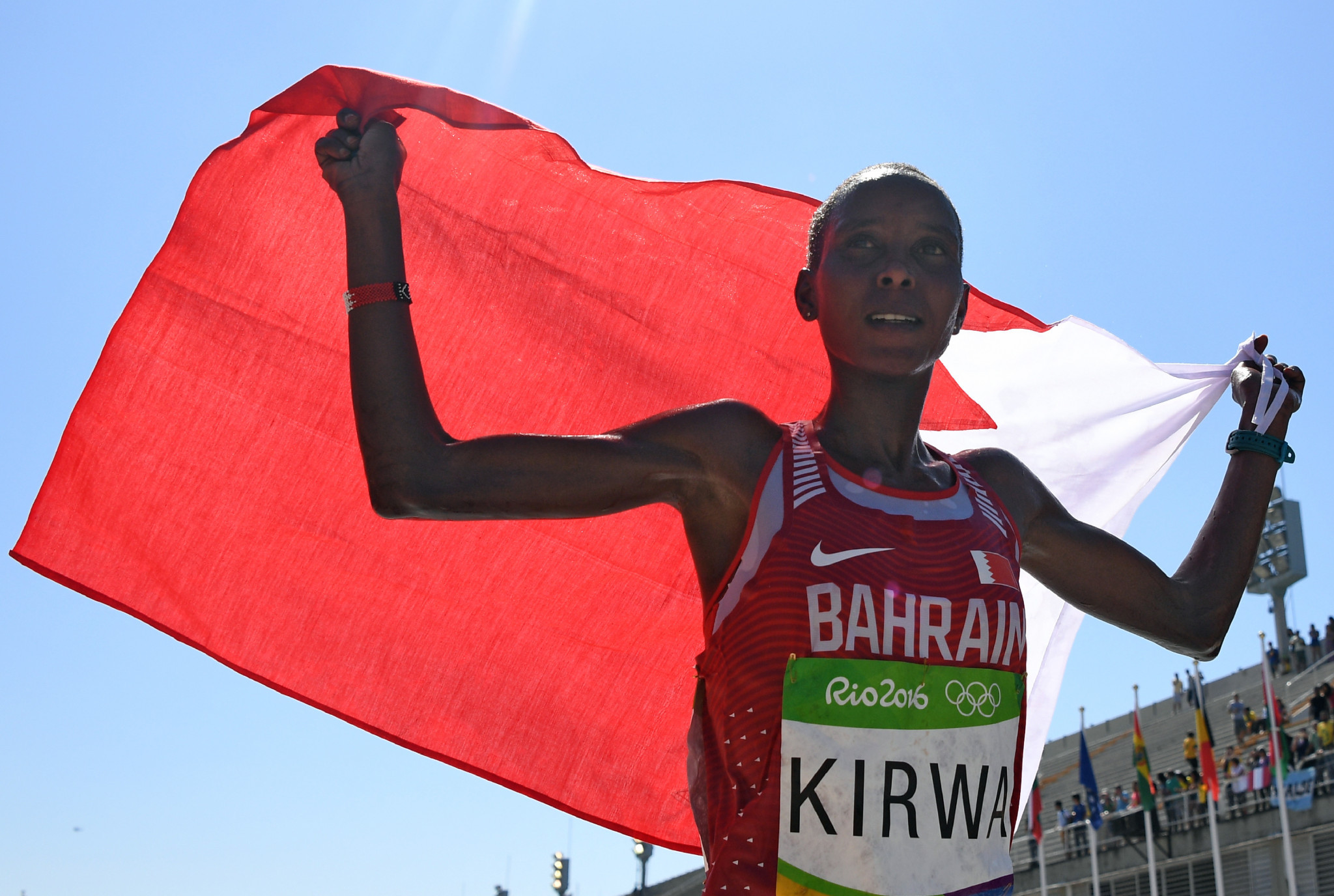 The 35-year-old Kirwa was born in Kenya but switched nationality to Bahrain in time to represent them at the 2016 Olympic Games in Rio de Janeiro, where she finished the runner-up to Jemima Sumgong.

Sumgong is now serving an eight-year ban of her own after she was caught using EPO and for lying to officials.

But, like Sumgong, Kirwa will be allowed to keep her Olympic medal because the offence occurred after the race.

Kirwa will be banned from May 7 this year until the same date in 2023.

She had been provisionally banned since May after the prohibited blood-booster was detected in her blood sample.

Kirwa can appeal the ban at the Court of Arbitration for Sport.

This is a further blow to the Kirwa family, after news last week that her younger brother Felix Kirwa has been banned for nine months for failing a drug test.

The runner-up at last year's Singapore Marathon was stripped of his silver medal and had his prize money forfeited.

The 23-year-old tested positive for strychnine - a drug normally used as a rat poison.

"The athlete was requested to provide an explanation for the presence of EPO in the sample and was afforded the opportunity to request analysis of the B sample," the AIU said in statement published today on its website announcing the decision to suspend Kirwa for four-years.

Kirwa admitted to the offence but, in her defence, claimed that it was not an intentional act.

"The athlete provided her explanation for the IAAF (International Association of Athletics Federations) in which she stated that she did not dope intentionally," the AIU statement said.

"She could only assume that the EPO entered her body through contamination during a caudal epidural injection she received on 29 March 2019."

Kirwa was one of two medallists for Bahrain at Rio 2016.

Ruth Jebet won the 3,000 metres steeplechase and then tested positive for the same substance, EPO, in March 2018.

Like Kirwa, Jebet was born in Kenya but switched allegiances to compete for Bahrain.

At the 2008 Olympics in Beijing, former Moroccan Rashid Ramzi, who had switched allegiance to Bahrain, was originally awarded the gold medal in the 1,500m only for it to be later stripped after testing positive for banned blood-boosting substance CERA - continuous erythropoietin receptor activator.

Kirwa's husband, Joshua Kemei, coaches Abraham Kiptum, Kenya's world half-marathon record holder who was forced to withdraw from the London Marathon in April when it emerged he had been banned by the AIU following suspicions over his athlete biological passport.

Kirwa has not competed since winning the Macau Marathon in December 2017.

Earlier that year, she had finished sixth in the marathon at the 2017 IAAF World Championships in London.

Kirwa had represented Kenya in the 1,500m at the inaugural World Youth Championships in 1999 but failed to make an impression in senior international competition and switched allegiance to Bahrain in December 2013.

In the colours of the Middle East country, Kirwa won a bronze medal at the 2015 IAAF World Championships in Beijing and gold at the 2014 Asian Games in Incheon.

She has a personal best for the marathon of 2 hours 21min 17sec, set when winning in Nagoya in 2017.

To read the full judgement published by the AIU, click here.