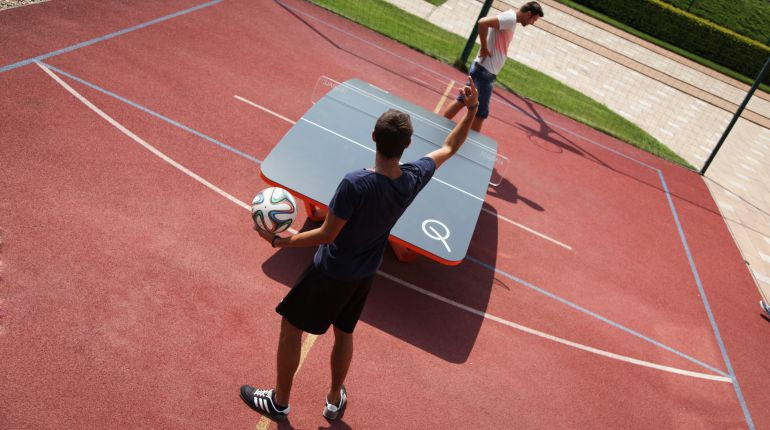 The International Teqball Federation (FITEQ) has claimed the sport is a step closer to its goal of one day being added to the Olympic programme after achieving official recognition from the Association of National Olympic Committees of Africa (ANOCA) at its Annual General Assembly.

Representatives from the 54 National Olympic Committees that make up ANOCA met on the island of Sal in Cape Verde, where they collectively agreed to give FITEQ their seal of approval, marking a significant milestone in the growth of the emerging sport.

Tomorrow, teqball is set to feature as a demonstration sport at the ongoing African Beach Games in Sal.

Fourteen African nations will also compete in the African Beach Teqball Cup and while it will not count towards the overall medal tally, the tournament will be an official part of the FITEQ calendar.

The approval from ANOCA follows that from the Olympic Council of Asia at its Annual General Assembly in Jakarta in August last year and continued efforts from FITEQ to see teqball achieve global recognition.

"We're delighted to be recognised by ANOCA and feel it is an important milestone for us to extend our reach to countries in Africa and beyond," Marius Vizer Jr, FITEQ's head of international relations, said.

The announcement provides the opportunity for teqball to feature at future ANOCA events where athletes can compete for medals in the singles, doubles and mixed doubles formats of the game.

"We have already seen teqball growing in popularity here in Africa and see its potential to provide opportunities for athletes to compete on the international stage," ANOCA President Mustapha Berraf said.

"We are delighted to recognise teqball as an official sport and look forward to seeing it continue to be a part of our event programmes in future."

As part of a development plan to support the growth of teqball in new territories, FITEQ has announced it will donate tables and funds to NOCs planning on competing in future events.

"This is an important step for us to 'curve the world further' as we like to say at FITEQ," FITEQ vice-president Gyuri Gattyán said.

Teqball has also been added to the programme for the 2019 African Games in Morocco's capital Rabat and the 2020 Asian Beach Games in Chinese city Sanya.

FITEQ has also expressed interest in setting up competitive matches in Ghana.