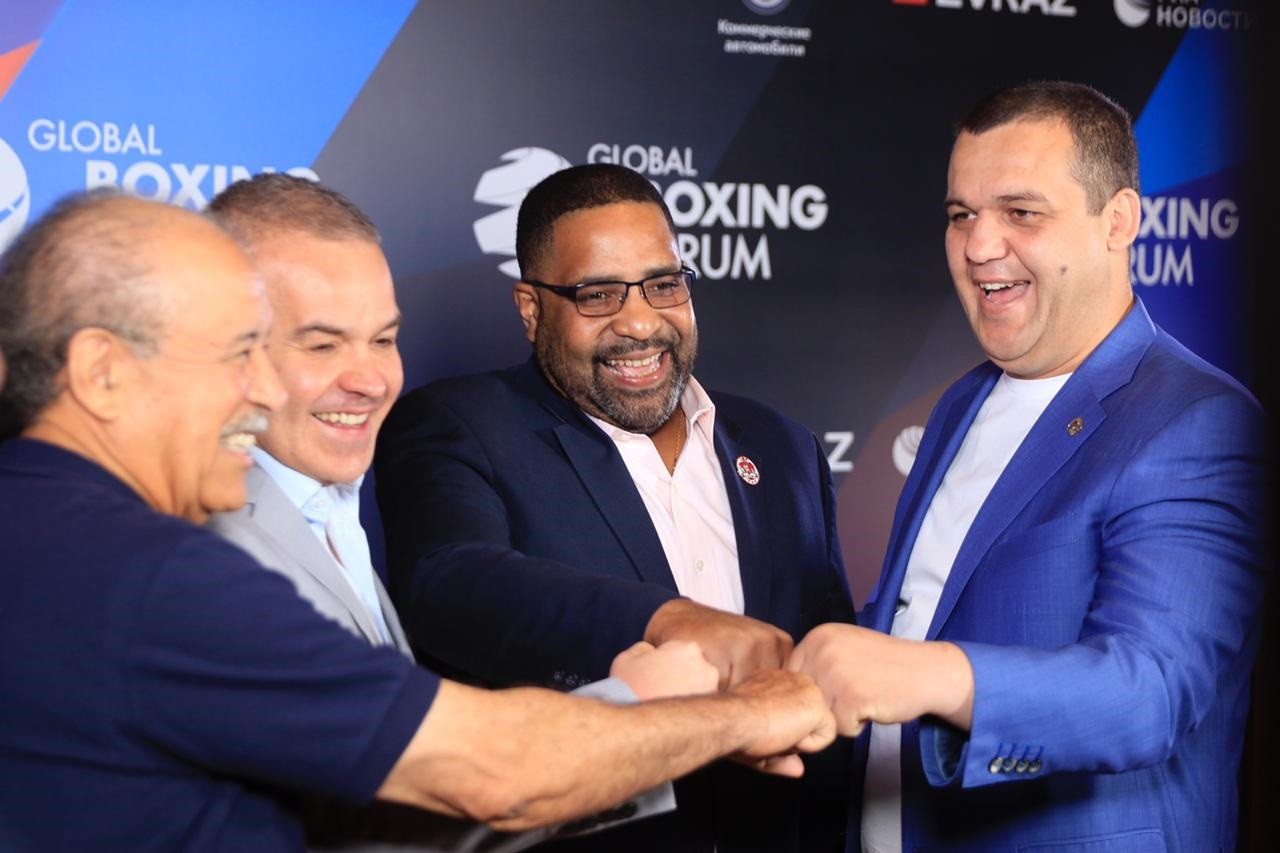 Kremlev proposed creating the foundation last week to store money which could be used to preserve the future of the International Boxing Association (AIBA) and help the governing body avoid bankruptcy.

The first vice-president of the European Boxing Confederation and AIBA Executive Committee member made the suggestion during the World Boxing Forum in Yekaterinburg.

The 36-year-old, whose offer to personally clear AIBA's debts was cited as a concern by the International Olympic Committee (IOC) in a report which led to its suspension as the Olympic governing body for the sport, says the Global Boxing Fund will take part in the "restoration of Olympic boxing".

Its Board will include all heads of international organisations with the Presidents of the IBF and WBA, Daryl Peoples and Gilberto Mendoza respectively, joining WBO counterpart Francisco Valcarcel in expressing their support.

In announcing Kremlev as its head, Valcarcel claimed the idea of creating a Global Boxing Fund is "beautiful".

"We want to participate and invest in this fund.

"It is important that transparency is at the forefront so that people can trust us.

"All decisions must be discussed together with all parties.

"The main goal of the foundation is to support the future of our kind of sport and its promotion worldwide.

"I think that Umar Kremlev should become the head of the Fund.

"This is a sign of trust, someone must be a leader.

"And I think that he will be Umar – this is his idea, he has time for that.

"He listens to our ideas, unites us."

Kremlev claimed the fund will be transparent and support both Olympic and professional boxing.

"We will all make decisions together as now we have discussed everything," he said.

"In the nearest future, we will get together and discuss how to help Olympic boxing.

"The main thing is our unity.

"The Board of the Fund will include all heads of international organisations so that decisions are made jointly.

"It will also include Olympic champions, boxers from around the world, as well as sponsors who will help in the development of boxing worldwide.

"The main task of the foundation is transparency to the whole boxing world.

"The first, of course, will be discussed with the IOC and all the participants in the process so that the foundation takes part in the restoration of the Olympic boxing.

"We will also take in all the nearest events.

"We will discuss everything and work out a work schedule."

Peoples claimed it is very important to have the opportunity to "discuss our mutual opinions and ideas".

"This is probably one of the most important initiatives [voiced by Kremlev]," he said.

"It shows that we are giving back to our perspective community.

"It shows one more thing that we can do away from the ring, which is very important."

Mendoza, meanwhile, stated that the Global Boxing Fund develops the sport, protects its integrity and "helps us to be one step higher".

"Although we have differences, we still came to a mutual decision to develop boxing," he said.

"This idea unites all organisations.

"We made a wonderful decision that will help to develop boxing.

"I want to thank Umar for this opportunity."

Kremlev claimed last week that his offer to clear AIBA's debts "still remained in force", despite the concerns raised by the IOC Inquiry Committee on the lack of due diligence the body carried out on him and his proposal.

He promised that "people, individuals and legal entities who are not indifferent to boxing will attract funds, including me" and will put money into the fund to eliminate the debt, which stands at around CHF17 million (£13.5 million/$17 million/€15 million).

"We are reforming not only AIBA, but the entire boxing community," Kremlev added.

His proposal comes amid continued uncertainty surrounding the future of AIBA after it was suspended by the IOC and stripped of any involvement in the boxing tournament at next year's Olympic Games in Tokyo.

An IOC taskforce, chaired by Japan's International Gymnastics Federation President Morinari Watanabe, has been set-up to oversee the delivery of a qualification process and the competition at next year's Olympics without AIBA.

It is expected to put forward proposals for the qualification system and the tournament itself after the IOC Session, due to take place in Lausanne between June 24 and 26, approves the decision taken by the Executive Board last month.

"This was all a little bit short-term but there was no other way out," IOC President Thomas Bach said last week.

"I hope they have made good progress but we will see this during the Executive Board meeting next week, where the taskforce will report.