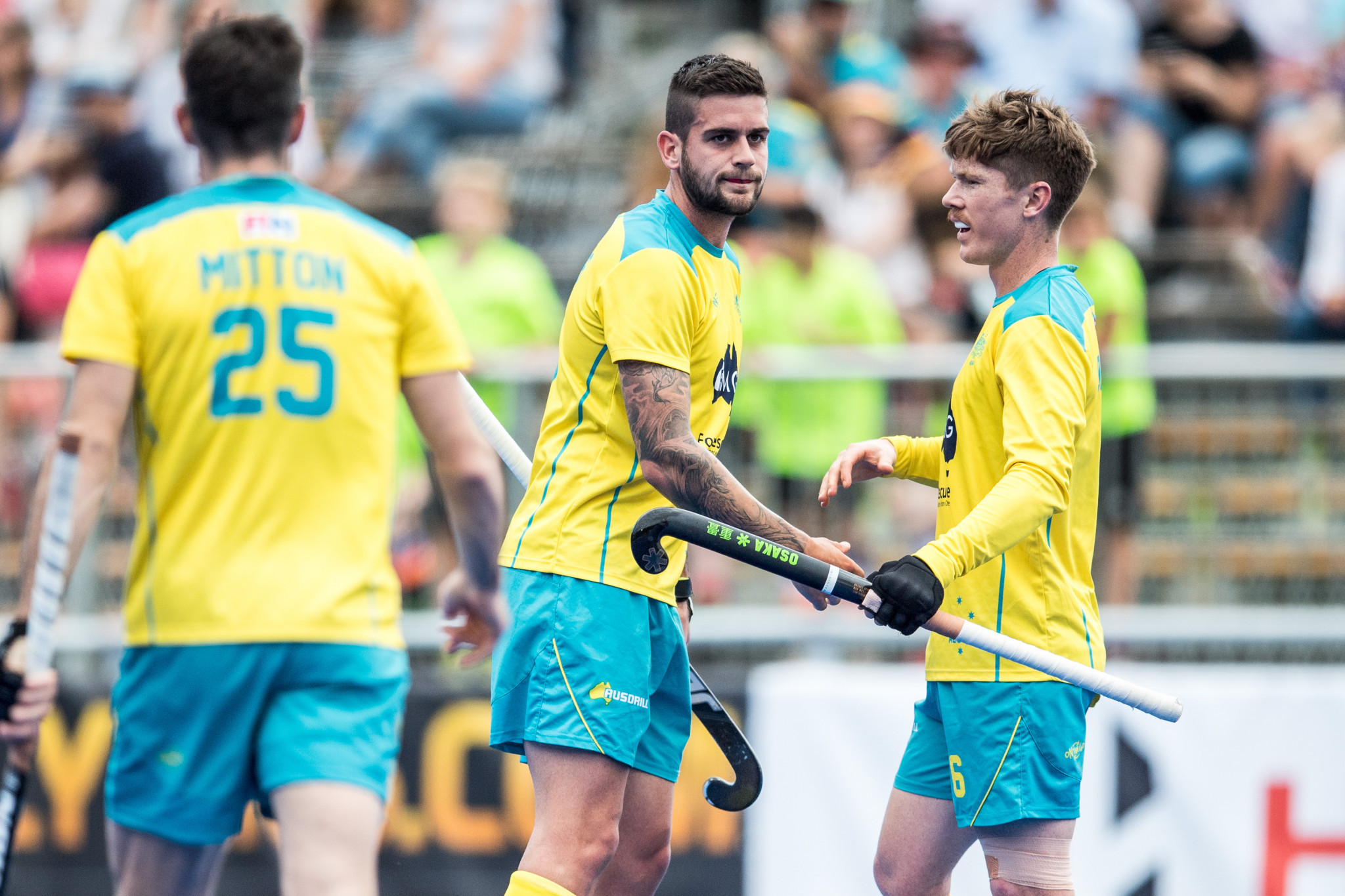 Australia and Germany have completed the International Hockey Federation (FIH) Pro League Grand Final women's line-up while in the men's competition Australia and Belgium became the first teams to book their tickets.

In the Women's Pro League an early double strike from Jane Claxton helped Australia beat hosts Germany 3-1 at Crefelder Hockey Club in Krefeld to guarantee a top four finish, earning a spot at this month's Grand Final in Amsterdam and also the FIH Olympic qualifiers which take place later this year.

Claxton scored twice from open play inside the opening three minutes and things went from bad to worse for the Germans when they lost star attacker Charlotte Stapenhorst to a nasty looking knee injury towards the end of the first quarter.

Emily Chalker's close range finish put Australia 3-0 ahead midway through the second period and although Germany were much improved after half time and scored early thanks to Hannah Gablac's cool finish, they were never able to truly get back in the game.

Despite defeat, Germany's berth in the Grand Final was confirmed when Belgium – the only team mathematically capable of overtaking them in the standings – suffered a 3-0 home loss against New Zealand in Antwerp as Black Sticks striker Olivia Merry scored a hat-trick.

Merry scored the first of her three goals from the penalty spot, clinically dispatching her effort moments after a goal-bound strike hit the foot of a Belgium defender.

Belgium reacted impressively and were denied a certain goal thanks to some incredible defending from New Zealand, with Brooke Neale clearing off the goal-line following two saved shots from a penalty corner.

Merry netted a second with a brave diving deflection at the end of the third period and completed her hat-trick in the final minute of the fourth, tapping in from close range for her 14th goal of the Pro League campaign.

Australia and Germany join the Netherlands and Argentina at the showpiece event next month.

In the Men's Pro League, Australia and Belgium are through to the Grand Final thanks to victories over Germany and New Zealand respectively.

Goals from Tom Craig and Blake Govers helped Australia to a 2-1 away triumph over Germany in Krefeld to effectively end their hosts' qualification hopes.

Following very even first and second quarters, the Australians made the breakthrough when Craig smashed a backhand strike into the top right corner after excellent approach play from Corey Weyer.

Niklas Bosserhoff missed a good chance to equalise for Germany before Govers scored from a penalty corner at the second attempt, firing his reverse stick shot into the goal after his initial drag-flick had been charged down.

Marco Miltkau's clever volley from the pass of Niklas Wellen gave Germany a glimmer of hope in the final moments, but Australia did enough to claim all three points and qualify for the showpiece.

Belgium scored the opening goal in the seventh minute when Maxime Plennavaux and Nicolas de Kerpel exchanged passes to brilliantly cut through the New Zealand defence and allow Sebastian Dockier to tap the ball into an open goal.

The visiting side showed resilience against the world champions and did not concede again until the third quarter, when a loose pass from defender Corey Bennett was punished by Plennavaux who drilled powerfully into the bottom left corner from the top of the circle.

Belgium captain Thomas Briels sealed the victory with two goals in the 56th minute, slotting his first from a tight angle before producing a diving deflection to complete the scoring.

The other game in the men's series saw a last-gasp penalty corner from Leandro Tolini earn Argentina a dramatic 3-2 win over Spain at Club de Campos Villa in Madrid, a result which sees them fourth in the table, just behind Netherlands.

The Oranje, with 22 points, and Los Leones on 20 are looking good to join Australia and Belgium in the Grand Final, although with the Dutch and Argentines facing each other on Wednesday (June 19) in Utrecht, Britain know that their qualification hopes are still alive before their final match against New Zealand next weekend.