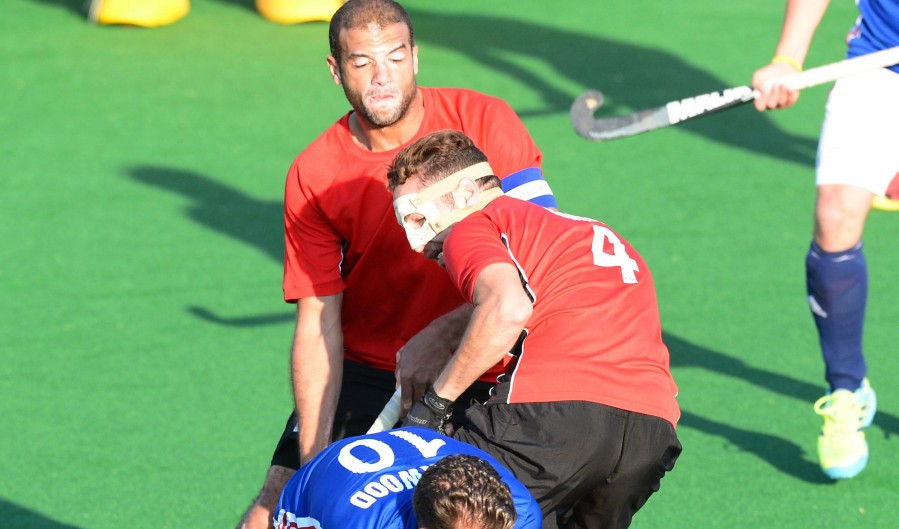 Egypt earned their second victory of the International Hockey Federation (FIH) Series Finals in Le Touquet as they recovered to defeat Ireland 2-1.

John Jackson put Ireland ahead after 19 minutes, only for Mohamed Adel to equalise four minutes later.

Egypt suffered from ill-discipline and Amr Ibrahim was given a yellow card in the 43rd minute, while captain Ahmed Ezz and Ahmed Elganaini received green cards.

However, they scored the winner even as Ibrahim sat out his five-minute suspension, Ahmed Abd Elhakim striking the decisive goal.

Scotland had earlier boosted their semi-final hopes by beating Singapore 5-0, setting up what could be a winner-takes-all Pool A clash with Egypt on Tuesday (June 18).

#FIHSeriesFinals
Happy @EgyptHockey 🇪🇬 Captain Ezz Ahmed after winning against Ireland! "it was a good game for us, Ireland played really well and was a chance to be at the top of our pool"#RoadToTokyo pic.twitter.com/UpJbuH8Rt3

In Pool B, hosts France drew 1-1 with South Korea, captain Hugo Genestet's 11th-minute opener cancelled out by Jang Jong-hyun just before the half hour mark.

France retain top spot thanks to their goal difference advantage over the Koreans, meaning a low-scoring win over Chile will probably be enough to progress unless the Asian side hammer Ukraine.

Ukraine and Chile drew 2-2 after a frantic spell in which three goals were scored in as many minutes.

After a goalless first half, Ukraine – humbled by France in their opening match – took the lead through Vitali Kalinchuk but Pablo Purcell levelled.

Ukraine immediately responded through Andrii Koshelenko, only for the South Americans to equalise again via Javier Osses.