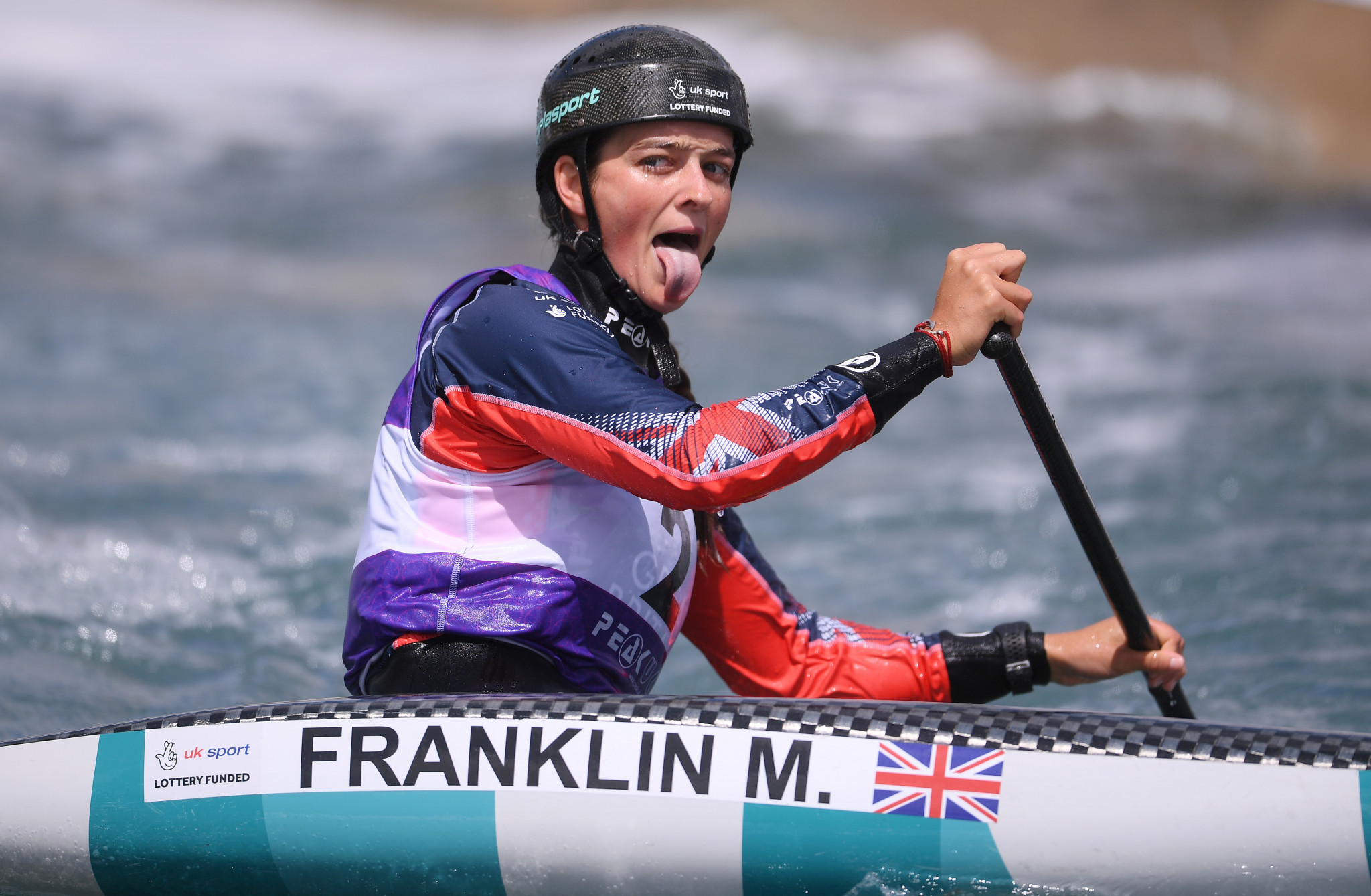 That ensured the hosts ended the first leg of the tour with victories in three of the four disciplines.

Olympic gold medallist Joe Clarke won the men's K1 final, while team mate Mallory Franklin completed a double as she added women's C1 gold to the K1 victory she had picked up on Saturday.

Kimberley Woods secured silver, meaning Britain finished the weekend with six of the 12 medals on offer after Adam Burgess and Ryan Westley earned silver and bronze in the men's C1.

Franklin had to work hard in her final after team mate Woods posted a penalty-free 107.45, but she enjoyed a perfect run and recorded a time of 106.82.

“It’s not my ideal, going off last in the final,” Franklin said.

“It’s hard to put to bed all the different results and you see the kind of run that Kim put down.

"I’ve put quite a bit of work into trying to quieten that and focusing on my results.

“At the end of the day I paddle because I enjoy it, so that’s what I try to focus on.”

World champion Jessica Fox earned her second bronze of the weekend with 113.62, suffering a rare loss after two penalties for gate touches.

In the men's K1, Clarke was last on the course and saw off the rest of the field to win gold in 90.35, despite suffering some mid-race difficulties.

The 26-year-old has now won two of the British Olympic selection races and looks certain to defend his title at Tokyo 2020.

Clarke said: “It’s the elephant in the room, the Olympic selection races, but I’ve got the win.

"I’ve also got the World Cup win, which is huge and in front of a home crowd, which is even bigger.

“I’ve had a bit of a shoulder injury and I haven’t really got over it.

"I had a bit of pain coming into the race, so I’ve got a few days off and then I’ll head to Tacen and try to get a result there.”

The next round of the World Cup takes place in Bratislava, Slovakia, between June 21 and 23.