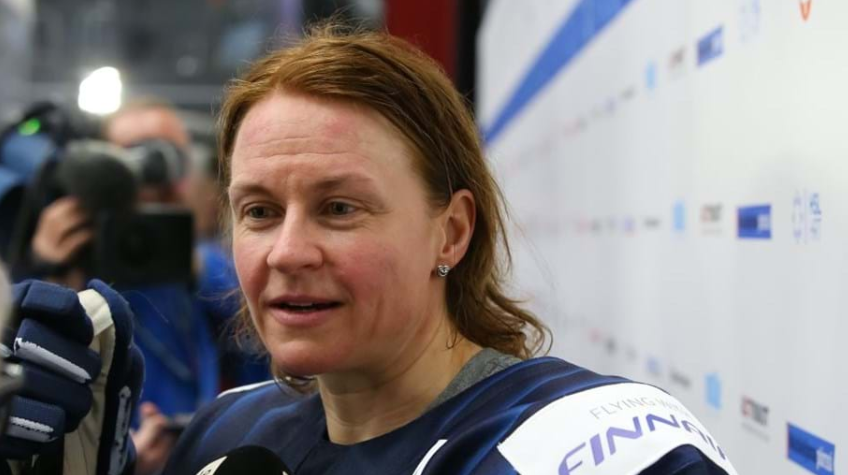 Finnish ice hockey legend Riikka Sallinen has confirmed her retirement from the sport, two days after her 46th birthday.

Sallinen led Finland to the bronze medal at the 1998 Winter Olympics in Nagano and also competed at Salt Lake City in 2002, before initially quitting the national team in 2003, aged 29.

However, she was tempted out of international retirement in 2013 having initially been approached for the position of team manager, and captained her country at the 2014 Winter Olympics in Sochi.

She claimed her second bronze in her fourth Olympics at Pyeongchang 2018 and finished her career at the top in April when Finland reached the final at the Women's World Championships.

They lost the final against the United States in a shootout after a controversial video review of a Finnish goal during overtime.

She told Finnish media: "I have been training continuously after the season, but it's been more for the fun of it.

"I no longer have the burning need to really try my best to become a better player."

She played for the women's national team for a  total of 16 seasons, starting with the 1989 European Championship.

Sallinen is also a three-time player of the year in Finland's national sport, pesapallo, a baseball-like game.