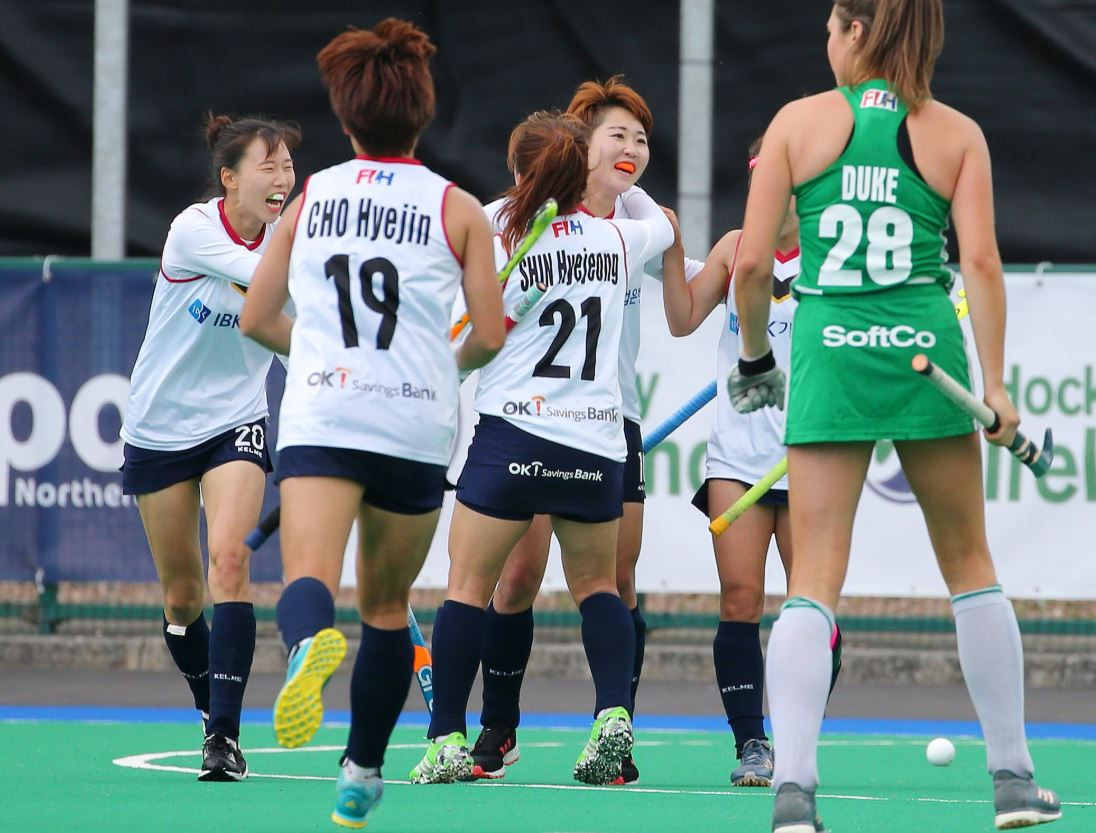 Both sides had already booked their places in the FIH Olympic Qualifiers by reaching the final at the Northern Ireland venue, but it was the visitors who forged in front following a goalless first half.

The world's 11th-ranked side went ahead through Kim Hyun-ji on 46 minutes when she stole possession from the tip-off and drove at goal before finishing beyond goalkeeper Ayeisha McFerran.

Ireland had arrived in the final with a tournament tally of 25 goals scored and two conceded but they were soon further behind.

Cheon Eun-bi appeared to have put the game to bed when she doubled the lead with just four minutes left.

A grandstand finish beckoned when Nicci Daly pulled a goal back but as her side searched for an equaliser, the Koreans countered and Kang Ji-na tucked away their third goal.

In the battle for bronze, Malaysia defeated the Czech Republic 3-0.

Hanis Onn struck the opener in the 11th minute before second-half goals from Fazilla Sylvester and Nuramirah Zulkifli completed the scoring.

Scotland confirmed fifth place with a comfortable 6-0 win against France.

Louise Campbell put Scotland ahead in the 18th minute before penalty corners were driven home by Fiona Semple and Robyn Collins.

Semple bagged a second goal with five minutes to go and Sarah Jamieson and Kareena Cuthbert got on the scoresheet in the dying embers.

TOP STORY: IOC and WHO pledge to help NOCs with vaccine access prior to Tokyo 2020