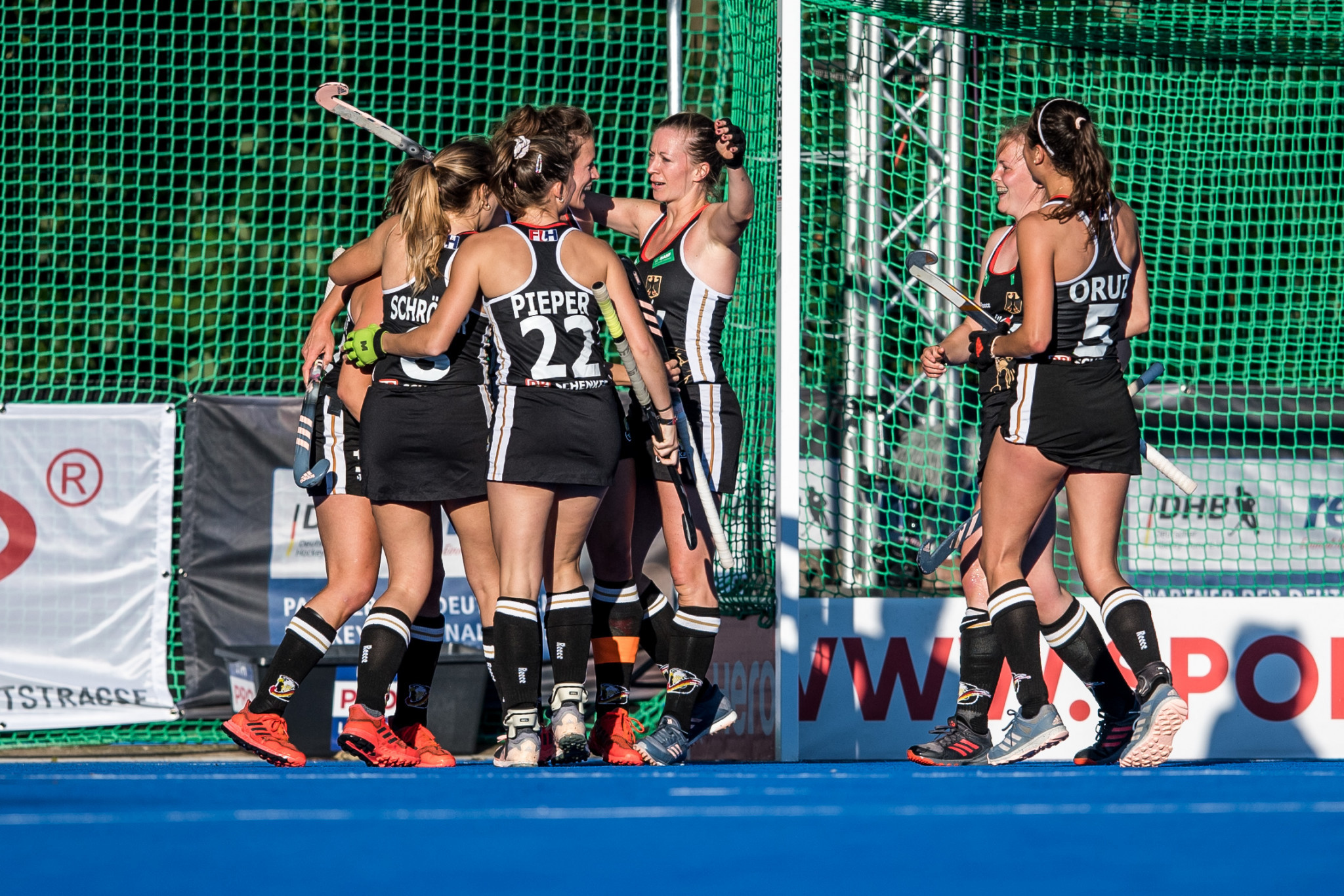 Germany's women claimed a crucial 2-1 victory over Belgium to move to the brink of the Grand Final in the International Hockey Federation Pro League.

The hosts mounted a last quarter comeback to win at the Crefelder Hockey and Tennis Club in Krefeld and now sit comfortably in fourth place in the table - the last qualifying spot for the Grand Final in Amsterdam.

Belgium, in fifth, now need a mathematical miracle to qualify as they sit on 46.15 compared to the Germans' 51.28 under the league's percentage based points system.

The loss for the Kiwis sees them sixth and means they can no longer reach Amsterdam.

Belgium, who were beaten 4-0 by Germany in the corresponding fixture in Antwerp, needed just four minutes to give themselves the lead as Ambre Ballenghien fired home from a penalty corner.

The visitors soaked up plenty of pressure but came unstuck in the last 15 minutes as Nike Lorenz drew the Germans level with a backhand strike.

"We've actually had a couple of games like this, so it's always fun to come back and fight until the end.

"We come back again on Saturday for our game against Australia, then we fly over to the USA to play them.

"Hopefully after that we can play in the Grand Final."

The Dutch women opened up a 2-0 lead over New Zealand in the second quarter with Kelly Jonker volleying home from close range and Felice Albers then netting at HC Den Bosch.

New Zealand refused to buckle and Olivia Merry's double - from a penalty corner and then a penalty stroke - brought the visitors level.

The match saw Kiwis coach Graham Shaw up against counterpart Alyson Annan - resuming the battle from last year's World Cup final when the former's Ireland side made a remarkable run to the gold medal match before coming unstuck against the Dutch.

In the end Annan was to get the last laugh again as Xan de Waard rifled in with five minutes left on the clock.

"We started off really well but I think the two goals against were not really necessary," said Dutch player of the match Lidewij Welten.

In men's action, reigning world champions Belgium demolished Germany 8-0 in the second part of their double header in Krefeld.

The visitors bounced back from last weekend's double defeat to the Dutch as they subjected the Germans to one of their heaviest defeats on home soil.

Germany beat the Belgians in a shoot-out only two weeks ago but it was one-way traffic this time as Alexander Hendrickx, Sebastien Dockier and Cedric Charlier all registered braces.

Tom Boon and Victor Wegnez also got on the scoresheet in a rout which sees Belgium second in the table behind Australia.

Germany have dropped to fifth place behind The Netherlands and Argentina respectively amid a tight battle for the top four spots.

"We had to react after our two losses against the Dutch, and I think we did that quite well today," said Belgium's player of the match Sebastien Dockier.

The Pro League is running for the first time and features home and away fixtures in a round-robin format.

The next match is tomorrow when Spain's men host Australia in Madrid.