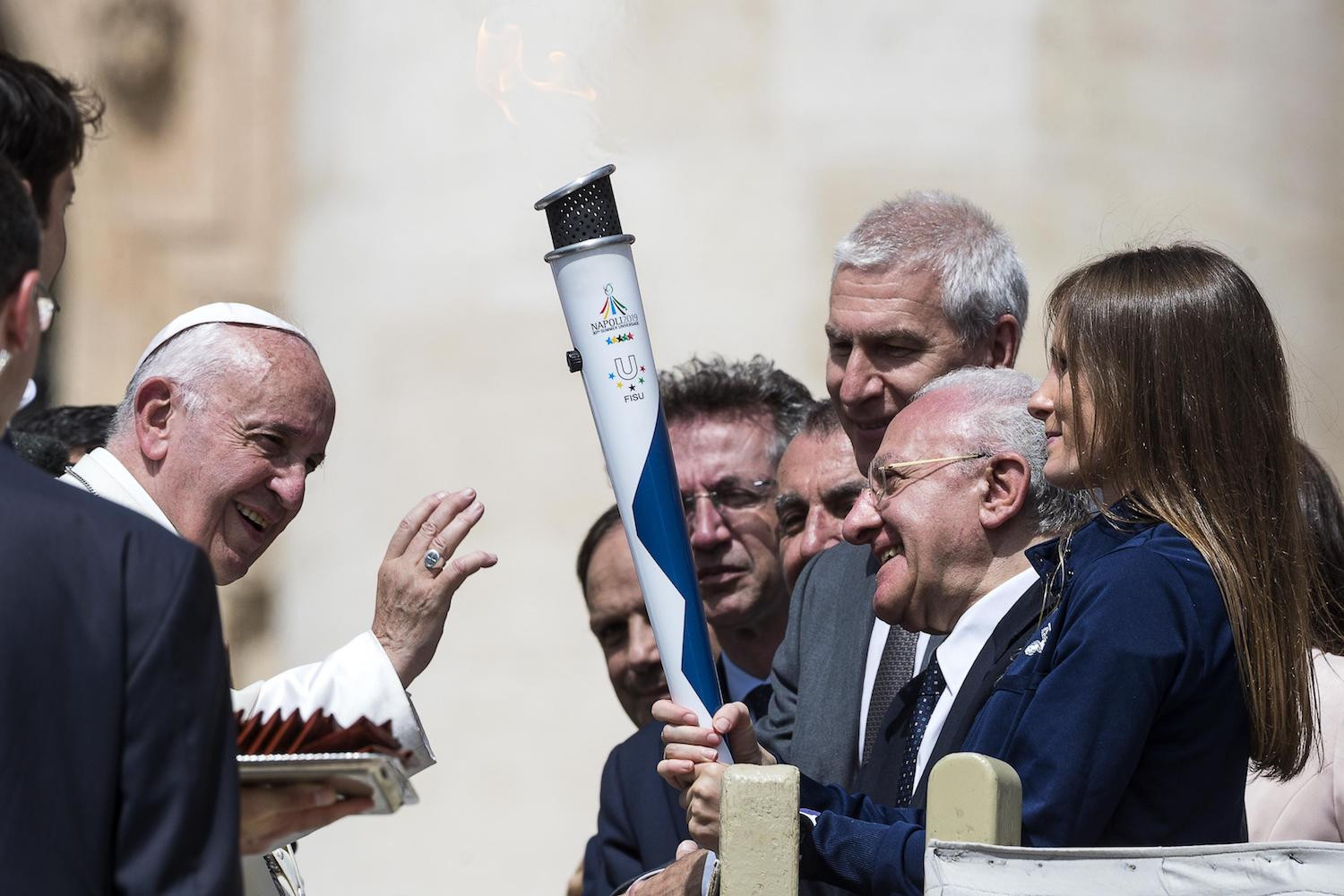 The Universiade Flame has been blessed by Pope Francis after the Naples 2019 Summer Universiade Torch Relay reached Vatican City.

It was presented to him by Camille Chenaux, a middle distance runner with Athletica Vaticana, the Vatican's sport association.

"This stop on the Torch Relay with Pope Francesco was the most symbolic and full of meaning - peace, acceptance and respect for fundamental human principles," said De Luca.

"These are the values we want to convey through this great manifestation of sport and knowledge."

After leaving Vatican City, the Torch arrived in Via della Conciliazione at the Italian Sports Centre in Rome, comprising a journey of 1.4 kilometres carried out by 14 torchbearers.

In the afternoon, the Torch reached the Italian National Olympic Committee (CONI) at Foro Italico.

"We are very happy and proud that the torch of the Universiade has arrived here," said CONI President Giovanni Malagò.

The Torch Relay began earlier this month at the University of Turin, continuing on to the FISU headquarters in Lausanne.

It will now make its way to Naples, arriving at San Paolo Stadium on July 2 for the Opening Ceremony the next day.

More than 9,000 athletes are currently preparing to compete in 18 sports from July 3 to 14.