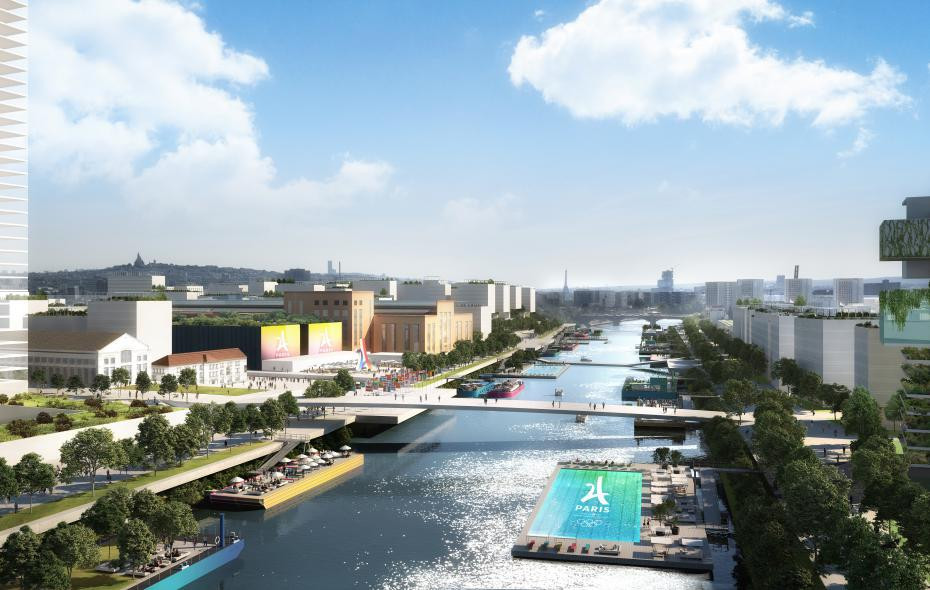 Paris 2024 has revealed more details of the Athletes' Village that will be used for the Olympic and Paralympic Games during a visit from the International Olympic Committee (IOC) Coordination Commission here, with Commission chair Pierre-Olivier Beckers-Vieujant claiming it will be based on sustainability.

During the Commission's two-day visit here for its second Paris 2024 inspection, Solideo, the public body responsible for managing development operations ahead of the Olympic and Paralympic Games, updated members on the progress of the Athletes' Village.

It had been confirmed in March that the Village would be situated in Saint-Ouen, a commune in the Seine-Saint-Denis department, with Solideo launching the call for construction tenders.

An initial estimate of 17,000 beds was lowered to 14,000 last month in order to remain within budget.

"There was an approach with a Village of 17,000 beds and after a lot of work between the Organising Committee, the IOC and the National Olympic Committees, we have the opportunity to reduce the number of beds so it costs what it needs and no more," Beckers-Vieujant said.

"We should be able to complete, to the satisfaction of the National Olympic Committees, around 14,000 beds and it is an important issue in the control of the budget."

Despite the reduction in the number of beds, the Village will still produce 3,000 housing units after the Games end.

It was also announced that construction of the Village would have a strong focus on sustainability.

"The design of the Village will be focused on integrating society and setting an example for Olympic Villages of the future," said Beckers-Vieujant.

"It will use natural and recyclable materials and green energy.

"The Village will be totally turned towards environmental responsibility.

"It will be an Olympic Village that exemplifies the role the Olympic Movement already has and wants to have vis-à-vis society."

Paris 2024 director general Étienne Thobois attempted to ease concerns regarding the homes of migrant workers located on the site of the Village.

"There will be maximum effort to avoid expropriation of people that live in the area," he said.

"We will be having bilateral talks to define the ways and means of planning the Village, it must please everyone concerned.

"A lot of the hostels for migrant workers will be rebuilt with improved living standards."