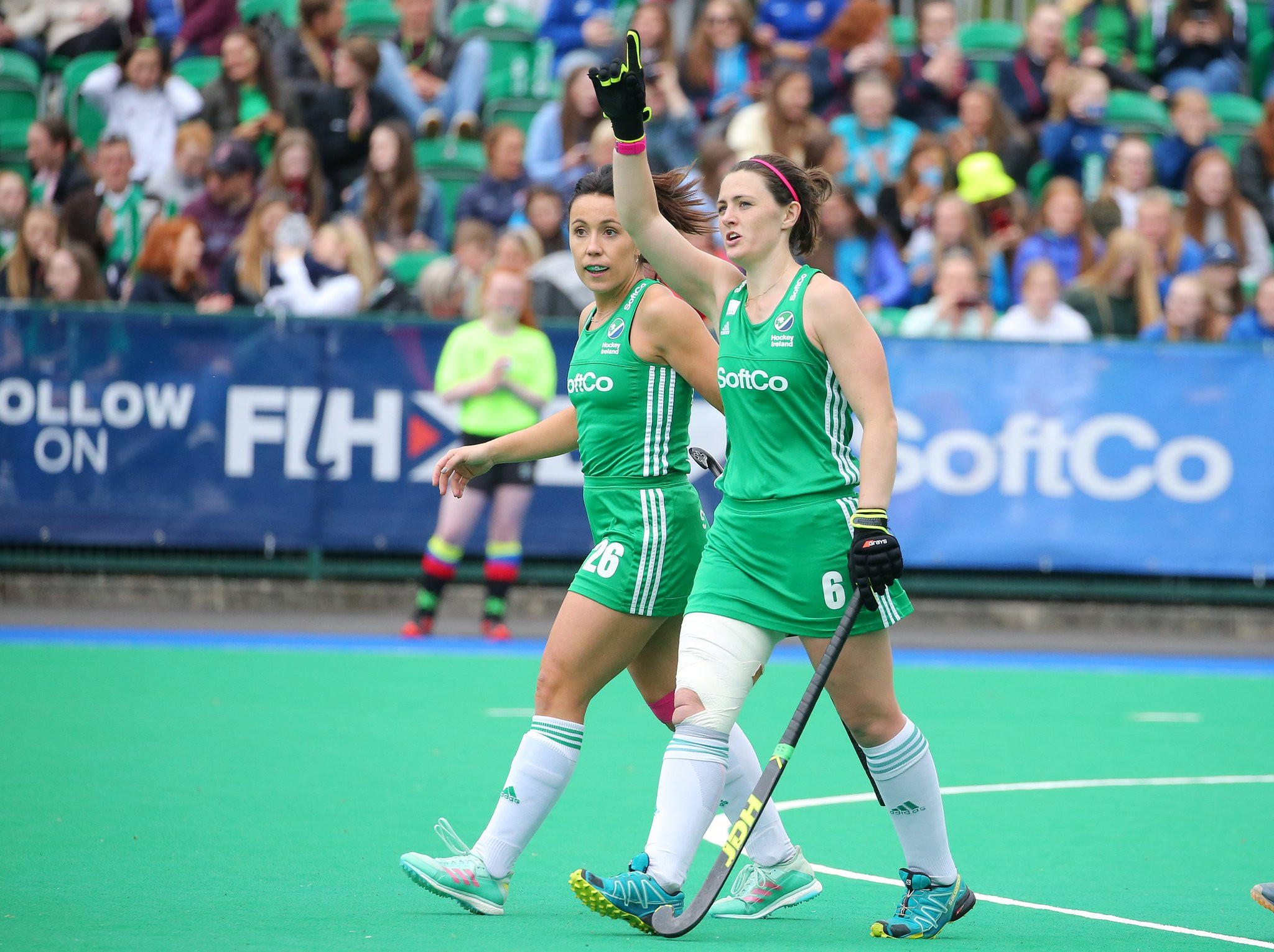 Hosts Ireland are through to the semi-finals of the International Hockey Federation Series Finals in Banbridge after thrashing Singapore 11-0.

It always looked like being a mismatch between World Cup finalists Ireland and a Singapore side that had conceded 17 goals in two Pool A matches before this, and so it came to pass.

Ireland got the job done early with two goals in the first ten minutes, and by the 20-minute mark were 6-0 ahead at the Banbridge Hockey Club.

The goals were evenly spread out between the team with nine different scorers, captain Katie Mullan and Roisin Upton the only players to get on the score sheet twice.

Earlier Malaysia beat Czech Republic 3-1 to secure second place in Pool A, although both sides qualify for the crossovers to earn a potential place in the final four.

Ireland are joined in the semi-finals by South Korea, who completed a clean sweep of Pool B thanks to a late winner against France.

Despite defiant French defending, Korea grabbed a 1-0 win thanks to a goal two minutes from the end by Kang-Ji-na.

Scotland finished second in Pool B after jumping up from last place with an impressive 4-0 win over Ukraine.

Sarah Jamieson, Fiona Semple, Charlotte Watson and Nikki Alexander-Lloyd netted for Scotland, who like France and Ukraine finished on three points but with a better goal difference.

It means Scotland are set to play Czech Republic for the right to face Ireland in the semi-finals, while France meet Malaysia with the winner going up against South Korea for a spot in the final.

Ukraine will play Singapore in the seventh-place play-off.