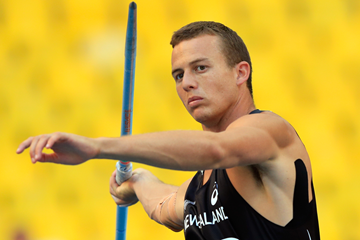 A group of 47 athletes will represent New Zealand in seven sports at next month's Summer Universiade in Naples.

A total of 28 athletes will compete in athletics, including Aaron Booth, winner of a bronze medal in the decathlon at the 2017 edition in Taipei - New Zealand's only medal at that Universiade.

Zoe Hobbs in the 100 and 200 metres, Joshua Hawkins in the 110m hurdles, Hamish Kerr in the high jump, Hannah Miller in the 5,000m and 10,000m and Nick Southgate in the pole vault are all returning to compete.

Nine athletes are set to feature in swimming,

New Zealand also represented in archery, taekwondo, judo, artistic gymnastics and tennis in the Games which are due to open on July 3 and continue until July 14.

The Summer Universiade has proved to be a springboard for a number of New Zealand's sport stars.

McCartney won a silver at the 2015 Universiade in Gwangju a year before her Olympic medal.

"It is a unique and valuable opportunity for our athletes, coaches and officials to gain international experience representing New Zealand at a world class multi-sport competition that mirrors the Olympic environment," said New Zealand's Chef de Mission Evelyn Williamson.

"We will have a strong, competitive team in Napoli, some athletes returning from two years ago and many others set to experience the event for the first time."

More than 9,000 athletes from around 128 countries are set to take part in 18 sports at the Games.