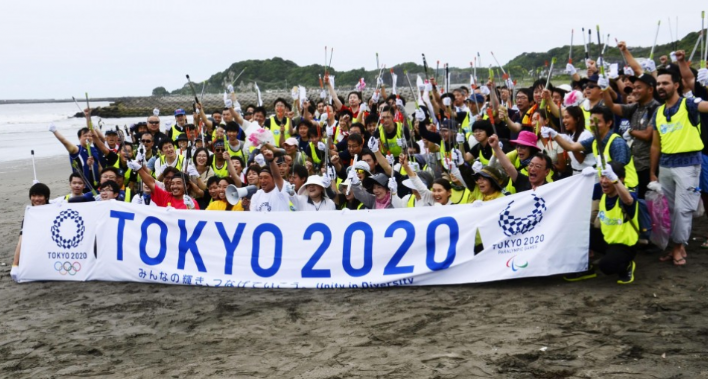 Around 150 people have taken part in a clean-up operation at the surfing venue for the 2020 Olympics in Tokyo.

Japanese officials set up the event at Tsurigasaki Beach - along with a similar event at the sailing venue in Enoshima - to coincide with World Environment Day in a bid to raise awareness about ocean plastic pollution in the build up to the Games.

The volunteers, made up mostly of surfers and students, were split into teams of five and given an hour to collect as much litter as possible.

They reportedly collected around 45 kilograms of rubbish from the beach.

Minori Kawai, an 18-year-old Japanese surfer aiming for a spot at the 2020 Games, told Japanese agency Kyodo News: "This is the beach where I train at and I didn't expect so much trash.

"I was surprised at the amount of small pieces of plastic trash."

Surfing will be making its Olympic debut at Tokyo 2020 and is scheduled be held between July 26 and 29 next year.