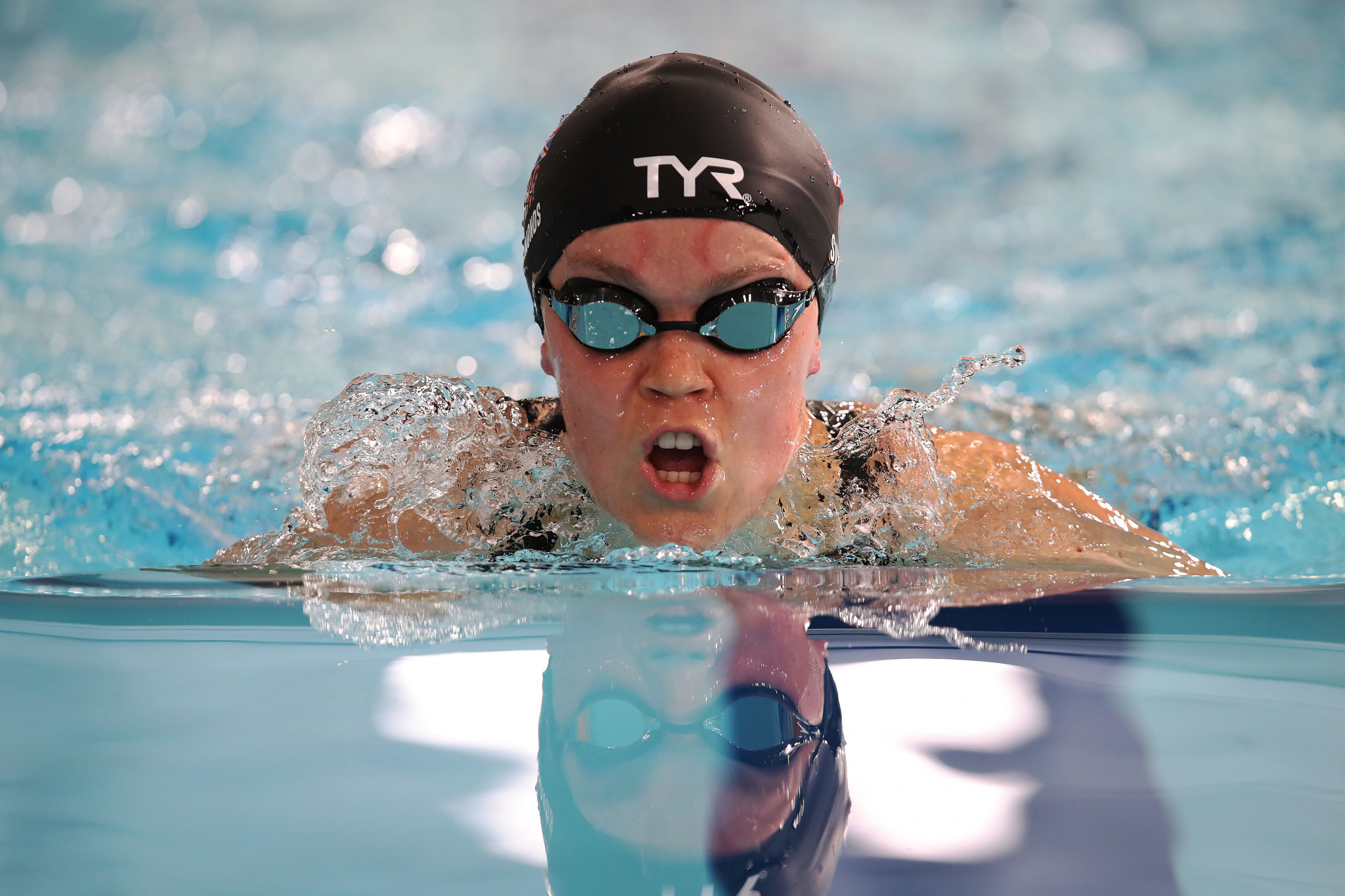 Alice Tai set a fourth world record of the week in the women's 50m freestyle as she stopped the clock at 28.97sec for gold.

There was more joy for Reece Dunn in Berlin as he grabbed a third medal of the meet to underline his status as a rising star of para swimming.

He topped the podium of the men's 50m freestyle ahead of Russia's Kirill Belousov and Matz Topkin of Estonia.

The morning session in Berlin had seen world records set in both the men's and women's 50m breaststroke with German Elena Krakow and Aliaksei Talai of Belarus storming to victory.

In the final Talai, an S1 category swimmer, went faster again for a world record of 1min 27.48sec and the gold medal.

Two of this morning's world record breakers sharing a moment 🤗

Krakow went on to lower her record from the heats in the women's 50m breaststroke as three swimmers set world records in the pool.

The S12 swimmer set a time of 34.11 to score 1,170 points but she had to settle for the silver medal behind Britain's Brock Whiston.

Whiston touched the wall in 34.12 to set a world record among S8 swimmers and she took the gold with a points haul of 1,134.

Chantal Zijderveld, an S9 swimmer from the Netherlands, was the third entrant to swim a world record as she collected 985 points, but she was beaten to the bronze medal by Mariia Latriskaia of Russia, with the latter earning 1,060 points.