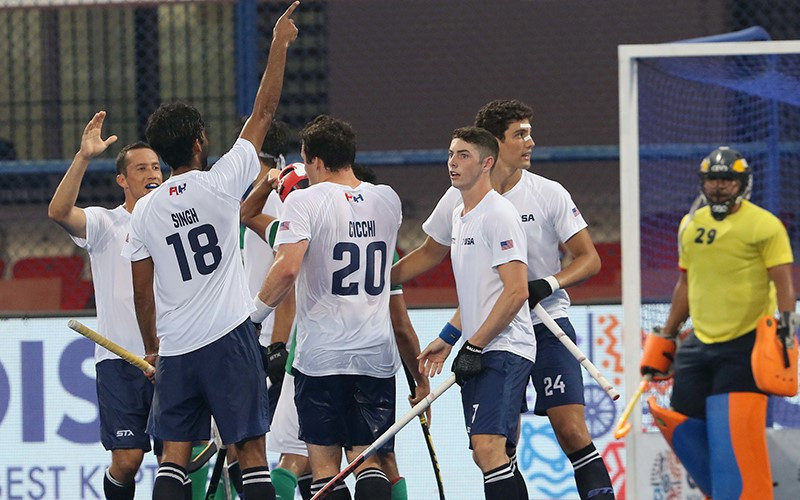 The United States and Japan will clash for the only automatic berth in the semi-finals from Group B at the International Hockey Federation Series Finals in Bhubaneswar after both teams claimed their second victories today.

The US were in high-scoring form as they thrashed Mexico 9-0 at Kalinga Stadium.

Japan also kept a clean sheet in a 2-0 win over South Africa.

The two sides will meet on Monday (June 10), with a place in the semi-finals at stake.

The loser will have to go through the crossover round if they are to secure a place in the last four.

The US wasted little time in breaking the deadlock against Mexico as Michael Barminski put them ahead after just three minutes.

#FIHSeriesFinals #India #Odisha #Bhubaneswar
Japan’s captain Manabu Yamashita: “We had a good game today. All players worked hard together. Against USA, we will need to improve further our performance.” @jha_hockey pic.twitter.com/Dnx52zCyLk

Julian Croonenberghs doubled their advantage before four goals in 12 minutes effectively ended the match as a contest.

Tyler Sundeen, Sean Cicchi, Alberto Montilla and Christian de Angelis made it 6-0 to the US with 18 minutes to go.

Further goals from Cicchi, Barminski and William Holt completed the rout for the US, who occupy top spot going into their contest with Japan.

The Japanese side were made to work much harder for their victory as Kentaro Fukuda opened the scoring just before halftime.

Kazuma Murata put Japan 2-0 in front in the dying stages of the third quarter and South Africa were unable to respond.