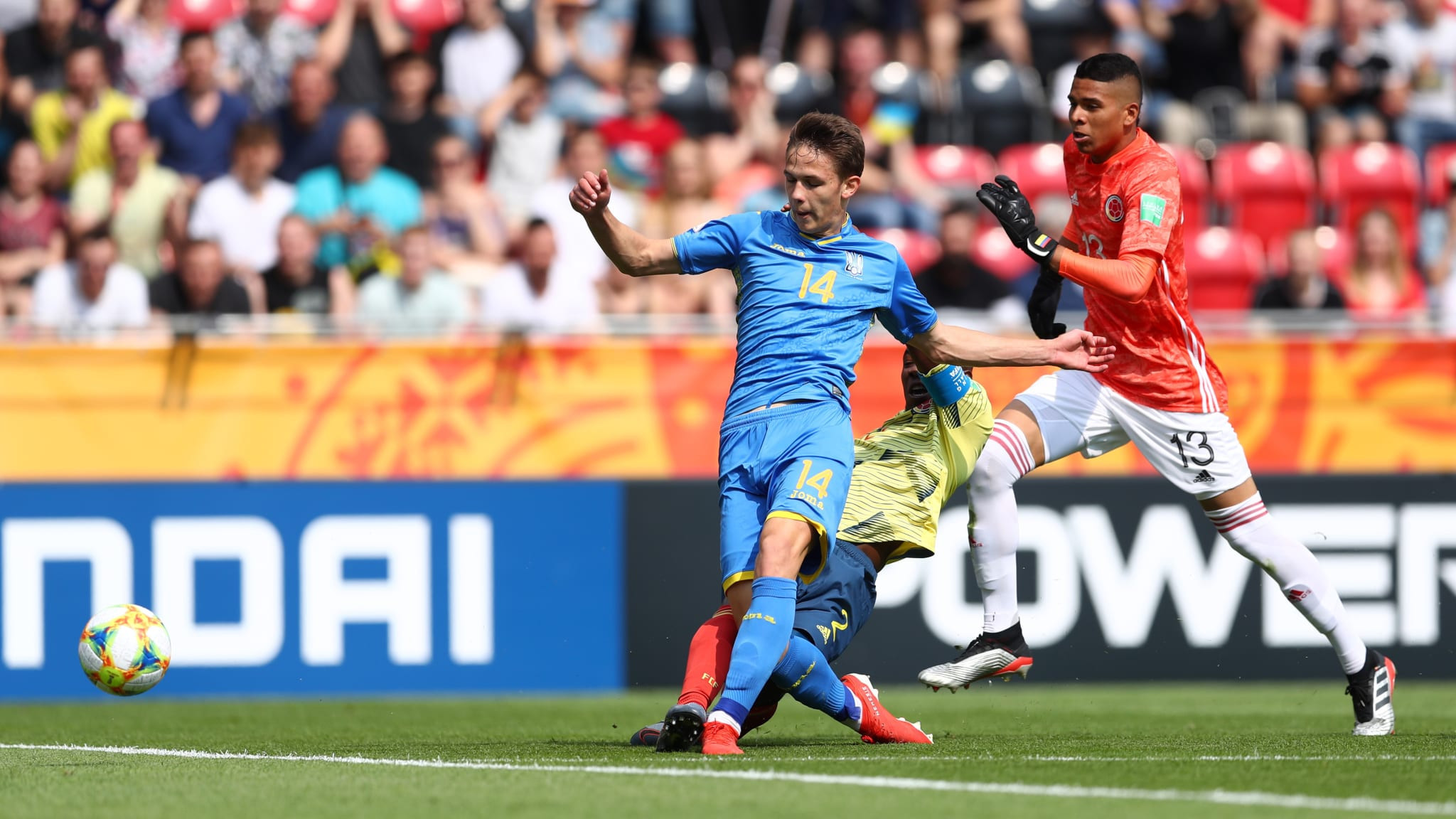 Italy will face Ukraine in the final four of the FIFA Under-20 World Cup after both claimed victories today.

Ukraine reached the semi-finals for the first time after a defensive calamity allowed them to seal a 1-0 win over Colombia.

Eleven minutes in, Ukraine striker Danylo Sikan flicked on a goal-kick and defender Carlos Cuesta and goalkeeper Kevin Mier appeared to leave the loose ball for each other.

Sikan pounced, outmuscling Cuesta and knocking through the legs of Mier, before slotting into an unguarded goal.

Colombia only really threatened the Ukraine net when they threw caution to the wind late on, substitute Luis Sandoval dragging a shot wide eight minutes from time.

The South Americans had Johan Carbonero dismissed for a dangerous sliding challenge on Denys Popov in a miserable end to their tournament.

Italy then beat Mali 4-2 in a thrilling encounter in Tychy which featured an own goal, penalties and a red card.

The Italians took the lead when Ibrahima Kone turned a Salvatore Esposito corner into his own net, before Ousmane Diakite was shown a straight red card for a high challenge on Luca Pellegrini just after the 20 minute mark.

Mali fought back, however, and equalised when Kone atoned for his error with a perfect pass to set up Sekou Koita.

Italy restored their lead on the hour, Andrea Pinamonti squeezing in an effort from a tight angle, but Mali responded through a tap-in by Mohamed Camara.

However, the extra man eventually told and Italy scored twice in the final 10 minutes, Pinamonti getting his second from the penalty spot before Davide Frattesi headed home seconds later.

Mali's misery was complete deep in stoppage time when Koita had a chance to pull one back with a penalty, but saw it saved by Alessandro Plizzari.