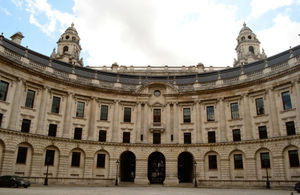 Preparations for the Birmingham 2022 Commonwealth Games have reached a major milestone with the publication of a Bill in Parliament that, it is claimed, will help to deliver a successful event in three years' time.

The Birmingham Commonwealth Games Bill seeks to ensure that unauthorised sales of Games tickets is prohibited, transport around Games locations flows effectively, commercial rights are robustly protected, and the Government’s funding of the Birmingham 2022 Organising Committee continues to comply with financial propriety rules.

"The Birmingham 2022 Commonwealth Games will be the biggest sporting event ever held in the city, and represents a truly fantastic opportunity to showcase the very best Birmingham, the West Midlands and the whole UK has to offer," Mims Davies, Minister for Sport and Civil Society, said.

"With almost three years to go, this Bill is an important step.

"It helps ensure the Games will be delivered effectively and successfully."

John Crabtree, chairman of Birmingham 2022, added: "The introduction of this Bill is a significant moment in our preparations for the Birmingham 2022 Commonwealth Games and it contains a number of important, temporary measures to help ensure a truly world-class event.

"The Games is already proving to be a catalyst for the transformation of the whole region and hosting this event brings with it incredible opportunities and benefits for the people of the West Midlands.

"We are determined to use the Games as a way of demonstrating to the world the vibrancy and passion that we have to offer."

The Birmingham Commonwealth Games Bill contains a number of "essential", temporary measures which all have precedence in previous legislation for major sporting events, including that passed for the London 2012 Olympic Games and Glasgow 2014 Commonwealth Games.

In terms of commercial protections, it will aim to ensure that only those authorised to associate with the Games - such as those who have contributed to the costs of delivering them - may do so.

The Birmingham 2022 Organising Committee is due to issue clear guidance letting people know how they can show their support without falling foul of the law.

In line with legislation for previous major events, the Bill will restrict unauthorised advertising and street trading in the immediate vicinity of Games locations.

It is claimed this will improve the spectator experience by ensuring that advertising and trading do not obstruct easy movement around Games areas.

The Government is set to bring forward detailed regulations setting out exactly when and where these restrictions will apply – driven by when and how Games locations are used.

The aim is to ensure that these measures take effect for the shortest possible time and only in the immediate vicinity of Games locations.

As for ticketing, unauthorised sale of tickets for the Games will be prohibited.

Only those authorised to sell tickets by the Birmingham 2022 Organising Committee will be permitted to do so.

It is stated this will ensure that for those who want to attend the Games, buying tickets will be clear, simple and affordable.

Ticketing was a major point of controversy during London 2012 when thousands of fans were left disappointed at not being able to secure tickets for the Olympics.

It followed a major ticketing scandal within the Olympic Movement in the build-up to the Games when a Sunday Times investigation alleged that people around the world had been caught offering to sell thousands of tickets on the black market, including for the top events like the men's 100 metres final.

The general secretary of National Olympic Committee of Ukraine, Volodymyr Gerashchenk, was forced to resigned after the BBC filmed him offering to sell thousands of London 2012 tickets on the black market.

The measures in the Birmingham Commonwealth Games Bill will also help ensure that transport in the host city and the region works for spectators, for athletes and Games officials, and for those living and working around Games locations and across the region, it is claimed.

They will allow short term changes of road use, where needed, to ensure those travelling to and from the Games can do so "quickly, safely and with minimal disruption".

The Bill will set a statutory basis for the Games transport plan and is said to provide the Transport Secretary with the necessary safeguards to guarantee the safe and reliable delivery of transport operations at Games time.

Furthermore, in light of Her Majesty's Treasury guidance about managing public money, a technical provision is being brought forward to provide the necessary financial propriety basis for ongoing Government funding of the Birmingham 2022 Organising Committee.

"The Birmingham Commonwealth Games Bill is an important milestone that will enable the West Midlands to deliver a hugely successful multi-sport competition in 2022," David Grevemberg, chief executive of the Commonwealth Games Federation, said.

"The Commonwealth Games will provide a huge boost to Birmingham and act as stimulus package for regeneration, social cohesion and economic diversification.

"The UK has a fantastic opportunity to raise the bar for the Commonwealth Sports Movement and with just over three years to go, I believe we have all the ingredients for an incredible Games that will leave a lasting legacy for future generations."