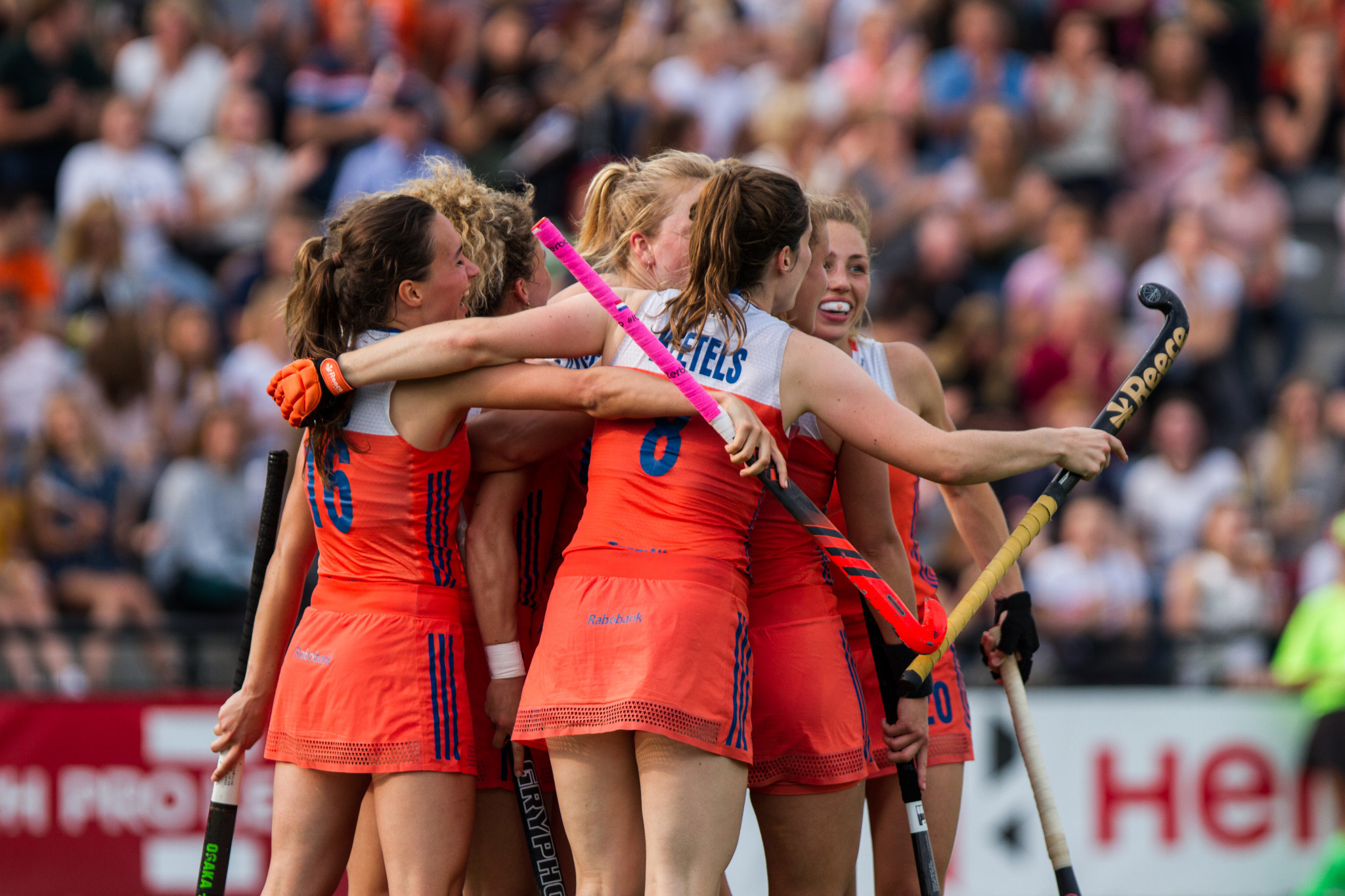 The Dutch women's team moved a step closer to securing a place in the International Hockey Federation (FIH) Pro League Grand Final with a hard-fought 2-1 victory against Germany.

To reach the Grand Final – to be held in Amsterdam from June 27 to 29 – teams must finish in the top four of the league.

The top-ranked Netherlands side were bidding for a Pro League double against Germany after their 1-0 victory in Mönchengladbach in April.

Frederique Matla took just six minutes to give the Netherlands the lead in Eindhoven, finishing off an exchange with Laurien Leurink seconds after Germany lost possession in their own territory.

German goalkeeper Nathalie Kubalski touched a Matla effort from a penalty corner on to the post to keep the deficit at 1-0 at half-time.

Dutch dominance paid off, though, as the hosts doubled their lead 31 seconds into the fourth quarter, Caia van Maasakker arrowing an unstoppable effort into the top-left corner from another penalty corner.

Germany were quick to respond as Pia Maertens got ahead of her marker to touch home from close range with 12 minutes remaining.

Despite a nervy finish, the Dutch held on for a ninth win in 10 Pro League matches to put them in the box seat for the Grand Final.

With the teams locked at 0-0 at full-time, goalkeeper Pirmin Blaak was the Dutch hero with three shootout saves which moved his team back into the top four in the standings.

New Zealand men were bottom of the league without a win ahead of this clash but threatened an upset.

Arguably the better side in the first period, Black Sticks player Hugo Inglis was dangerous on the break and Nick Ross forced Dutch goalkeeper Sam van der Ven into a fine save.

The hosts came back into the match as Billy Bakker was put through on goal but he lacked the finishing touch, before New Zealand's Jacob Smith failed to convert a gilt-edged chance at the other end.

All signs of an upset went out the window in the shootout, though, as Pirmin Blaak saved from Stephen Jenness, Jacob Smith and Marcus Child to give his team a 3-2 shootout win.

Player of the match Blaak said: "“I thought we should have decided the game earlier, the goalkeeper of New Zealand made a lot of good saves in the last quarter.”

“It’s always nice to play the shootouts and I’m glad we took the extra point today.

"We had the best chances, but we have to be really careful with giving a lot of space away.

"They did well, we conceded no goals, so I guess today defence wins.”