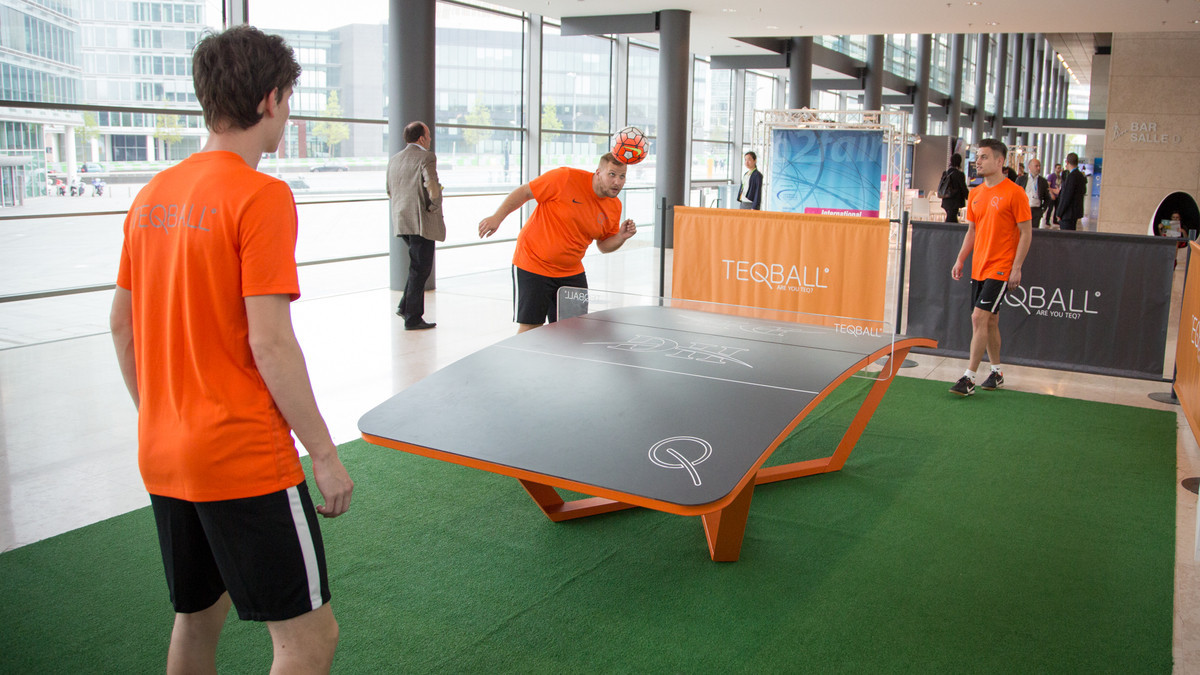 The International Teqball Federation (FITEQ) in Hungary has expressed interest in setting up competitive matches in Ghana.

The response was prompted by a visit to the FITEQ headquarters by a Ghanaian delegation led by Deputy Minister for Youth and Sports, Curtis Perry Okudzeto, during which the topic of introducing organised teqball events in Ghana was discussed, Ghanaweb reported.

The Ghanaian delegation is in Hungary was part of an international initiative of the Ministry of Youth and Sports to attract partnership and sponsorship and to sell Ghana’s sporting ecosystem as the nation prepares to host the African Games in 2023.

Other members of the delegation include the Chief Director of the Ministry of Youth and Sports, Frank Quist and sports consultant, Magnus RexDanquah.

Teqball has been described as a cross between football and table tennis, with teams being allowed to return the ball with a maximum of three touches by any body part except for the hands and arms.

Ghana are expected to be among the teams taking part in a demonstration event at the African Beach Games on the island of Sal in Cape Verde between June 14 and 23.