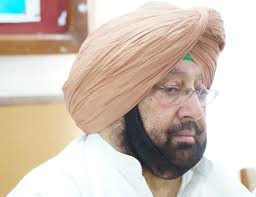 Punjab's Chief Minister Captain Amarinder Singh has given clearance for the newly-named Punjab Sports University to open in Patiala from September 1.

The University will focus on the development of knowledge and skills in the fields of physical education and sports science, sports technology and high-performance training.

It will provide high-quality coaching facilities and support for budding athletes.

Singh announced that the institution would open in September while leading a meeting of the steering committee, as reported by The Tribune India.

Amarinder Singh also approved the suggested name and directed the Department of Higher Education to finalise the admission regulations for the first group of students.

A draft memorandum regarding the matters discussed is due to be drawn up to be presented at the next Cabinet meeting.

The University will be located on the 97 acres of land adjacent to the Rajiv Gandhi National Law University.

A total of 97 per cent of the land is being provided free of cost by the village panchayat, a formalised local self-governance system, with the remaining amount purchased by the steering committee.

The decision to set up the Sports University was announced in June 2016 in the Vidhan Sabha, the Lower House of Punjab's state legislature.

A National Sports University is also due to be set up in Manipur.