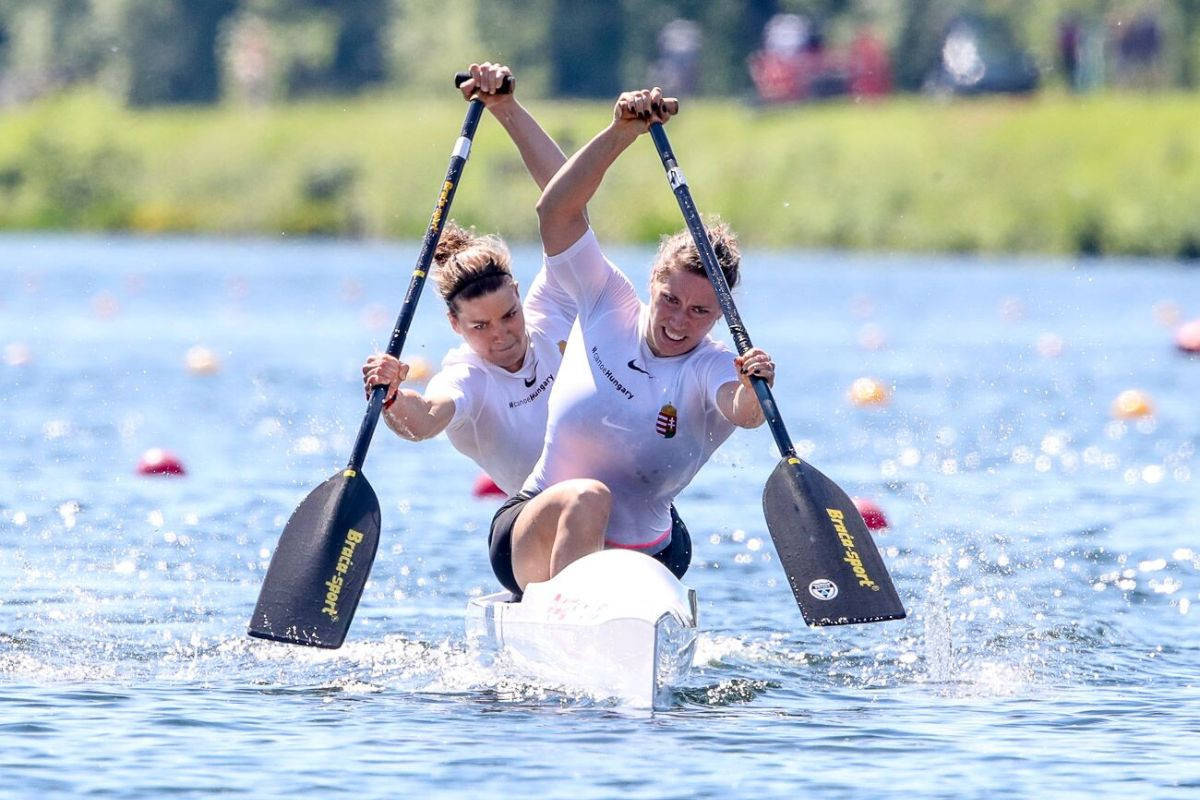 The biggest surprise of the day came in the women’s C2 500m, where Canada’s Laurence Vincent-Lapointe and Katie Vincent lost to the Hungarian pairing of Virág Balla and Kincső Takács.

Germany’s Max Hoff and Jacob Schopf in the K2 1,000m and world champions Peter Kretschmer and Yul Oeltze in the C2 1,000m also had to settle for second.

It was left to the German men’s and women’s K4 500m boats to reward a large home crowd with victories.

Vincent-Lapointe and Vincent have looked unbeatable for two years, but Balla and Takács found a way to win.

"When we saw on the big screen we had won, we were so happy.

"We just pushed and focused on our technique."

Kretschmer and Oeltze were expected to win the men’s C2 1,000m, and in the process qualify themselves for the German world championship team ahead of Olympic gold medallists, Sebastian Brendel and Jan Vendrey.

They achieved the latter objective, but were unable to take the gold, losing out to an ecstatic Chinese pairing of Hao Liu and Pengfei Zheng.

Germans Hoff and Schopf were expected to back up their gold medal win in Poznań a week earlier with another win in front of their home crowd.

With a handful of metres to go the win looked theirs, until a final burst from France’s Cyrille Carre and Etienne Hubert, racing together in a major event for the first time, snatched the gold away.

"During the race we just tried to focus on our boat, because right next to us was Max Hoff, so we stayed focussed on the finish to give it our all," Hubert said.

"It’s very important for us to win here, and it is our first international race, so now we will have to see for the rest of the year and maybe next year."

The men’s K4 500m final was expected to be a showdown between world champions Germany and silver medallists Spain, returning to racing after sitting out last week’s opening World Cup.

But it was no contest, with the Germans thrilling their home crowd with an emphatic victory.

Slovakia took a surprise silver, with Spain fading to fifth.

The German women’s K4 crew have waited a long time to return to the top of the podium, but in the absence of the powerful Hungarian and New Zealand boats today they beat France and Poland to gold.

Poland’s Anna Puławska broke through for her first ever international gold medal, winning the K1 500m gold ahead of Denmark’s Emma Jorgensen and Belgium’s Lize Broekx, who dead-heated for second.