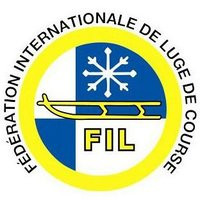 Kuwait has been granted provisional membership of the International Luge Federation (FIL) by the governing body's Executive Board.

The FIL revealed the National Luge Federation of Kuwait had become the fourth provisional member, joining Israel, Kyrgyzstan and Thailand.

It is the first step of the process to be approved as a full member, a decision which has to be taken by the FIL Congress.

But the ruling body has not accepted a country since 2013, when Serbia were granted full status.

There are 50 full members of the FIL.

Sport in Kuwait is slowly recovering after Government interference and conflicts in the sports law led to the ban of the country's Olympic Committee and Football Association, among others.

Officials in Kuwait are hopeful the KOC ban, imposed in October 2015, will be fully lifted in time for Tokyo 2020.

In 2017, the Kuwait Football Association was reinstated by FIFA.