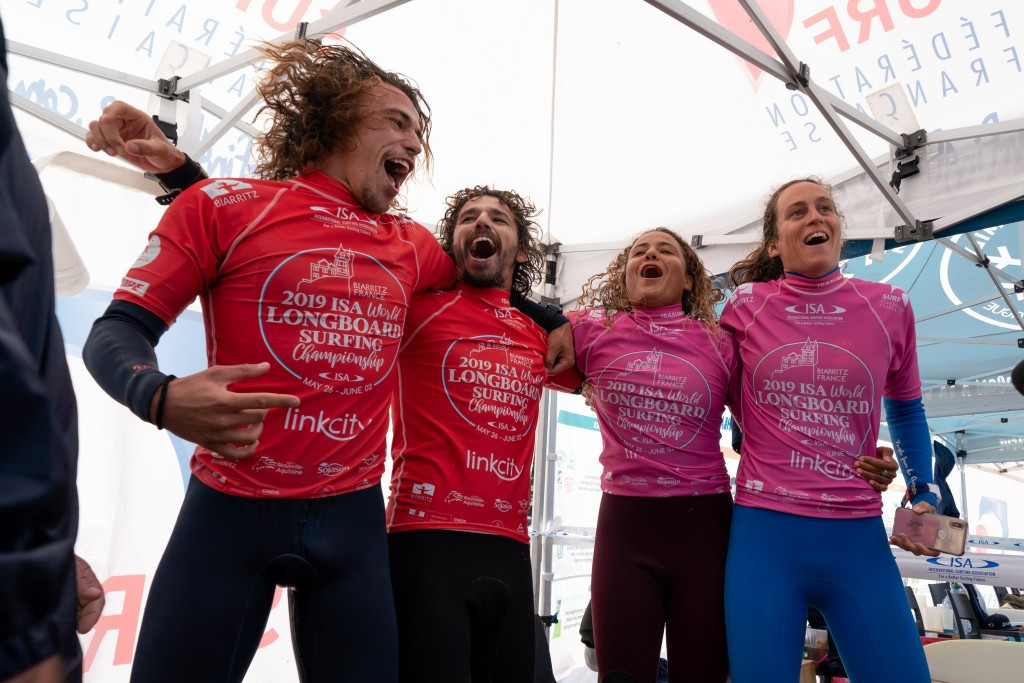 The ISA Aloha Cup is a tag-team relay event, featuring the top seven-ranked nations from the 2018 competition, plus the hosts.

This resulted in a line-up of France, defending champions the United States, Britain, Australia, Peru, Brazil, Japan and Argentina.

Each team comprised two men and two women, with each surfer catching two waves in their leg of the 50-minute relay.

Competitors had to then sprint back to the starting box on the beach and tag their next team mate.

France and the US dominated throughout, comfortably progressing to the final.

The US had the lead as the last two surfers took to the sea, with France's Edouard Delpero locking horns with the US's Kai Sallas.

Delpero earned a two-wave total of 12.27 while Sallas was unable to score any points, handing France the gold medal.

"We got lucky that a wave came to Edouard at the end, but to his credit, he was really patient and surfed the wave well.

“I am proud for all the surfers of the French team.

"It’s the first gold medal for us and we are going to try to keep it going and, hopefully, win another one in the overall ranking at the end of the event.”

Japan took the silver medal, with the US resigned to third place and a bronze medal.

The World Championships continue tomorrow with the individual repechage rounds.