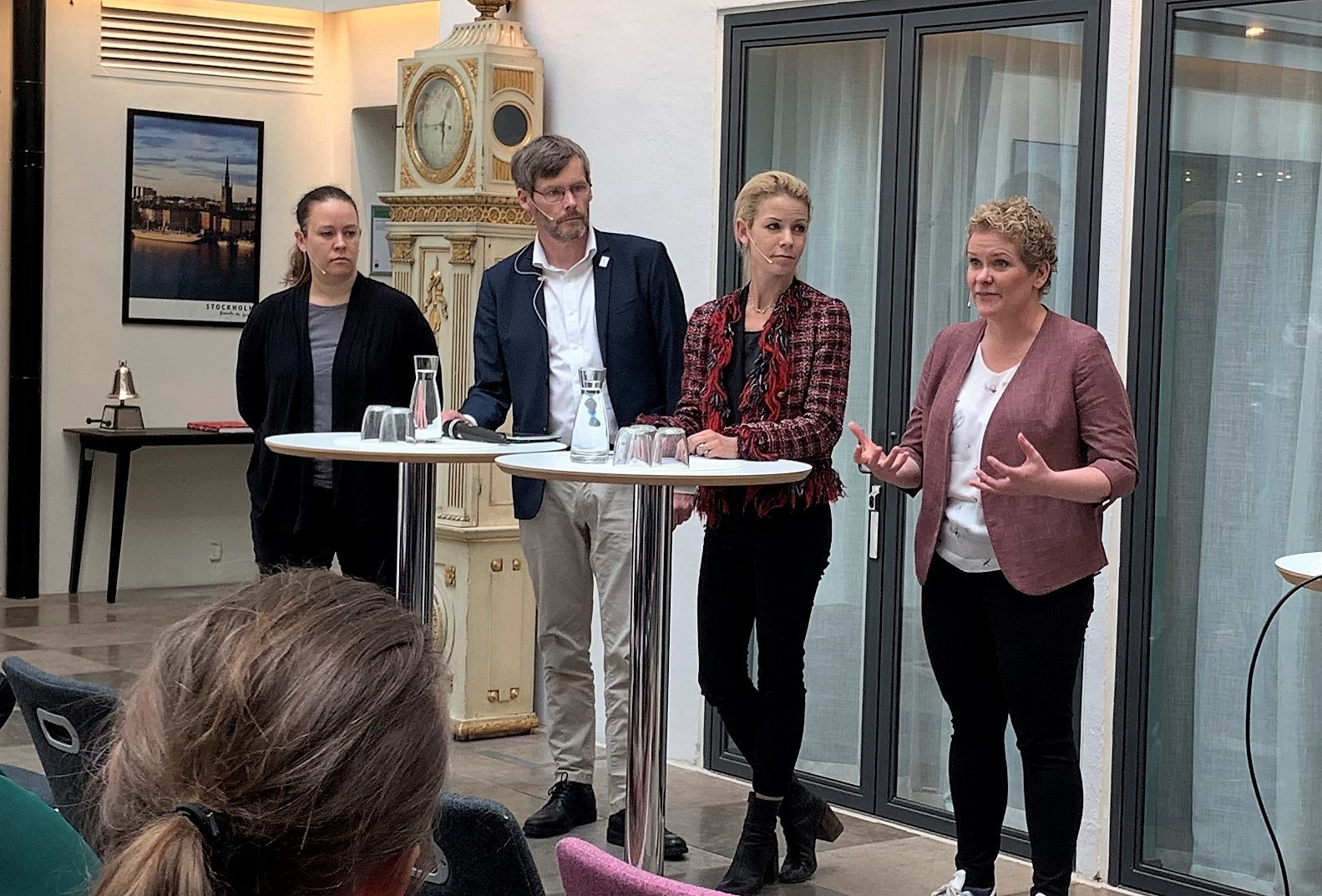 Stockholm Åre 2026 has claimed that Swedish politicians are united behind the attempt to bring the Winter Olympic and Paralympic Games to the country in seven years' time following the Stockholm Chamber of Commerce’s hosting of a seminar focusing on the bid.

The seminar was held less than a week after the International Olympic Committee (IOC) released the 2026 Games' Evaluation Commission report, revealing that Stockholm is not a signatory of the Host City Contract and thus not an official host city.

Among the speakers at the event were Stockholm Mayor Anna König Jerlmyr and her predecessor Karin Wanngård, who served in the role from 2014 to 2018 and remains a member of the Stockholm City Executive Board and opposition Vice-Mayor.

They were joined by Swedish Green Party spokesperson and former leader Maria Wetterstrand.

The attendees were said to be eager to discuss how Stockholm Åre 2026 could be used as a springboard for sustainable development.

In a statement released today, Stockholm Åre 2026 claimed that, in spite of their political differences, König Jerlmyr and Wanngård are "completely united in their support" for the bid and that "they share the same enthusiasm for the benefits the Games will bring to Swedish society".

The Bidding Committee claimed it has been inspired by Olympic Agenda 2020, covering areas such as sustainability, economic viability and social cohesion

The primary focus of Stockholm Åre 2026 is a "use what you have, where you have it" approach, with the Swedish campaign having the goal of becoming the most sustainable Winter Games ever.

"Olympic Agenda 2020 presents a great opportunity for us all, especially when it comes to sustainability," König Jerlmyr said.

"It’s a message of strength, for the Olympics and for Stockholm given our global leadership in this important area.

"If Stockholm Åre 2026 is successful, we will have tremendous opportunities to showcase Sweden’s innovative culture of sustainability.

"Nothing brings the world together like the Olympics, and 'inclusivity' is also a hallmark of Swedish culture.

"So in that sense, we really believe we have unique and shared values with the Olympics."

Wetterstrand offered her view of Sweden's Winter Olympic and Paralympics application from a sustainability aspect, highlighting that the bar is being set very high in terms of sustainability goals.

"Stockholm Åre 2026 strives to make a positive impact on all 17 global sustainability goals," she said.

"It is very interesting if you can lead in this area, prove that it is actually possible to approach this in a serious way and show that you have made a positive impact.

"When I look at Sweden's application, there are several large benefits for Stockholm.

"Among other things, it is centred around sustainability, where Sweden is already very far ahead.

"It lays the foundations for a Winter Olympics and Paralympics in Sweden to become a model for events in the future."

Stockholm Åre is in a two-horse race with Milan Cortina.

Following working visits earlier this year, the Evaluation Commission report analysed the candidature files and additional documentation submitted and is supposed to serve as a guide for the IOC members before they vote on June 24 at the 134th IOC Session in Lausanne.

In terms of the latest opinion polls conducted by the IOC in March 2019, Milan Cortina would appear the frontrunner.

The IOC Evaluation Commission claimed the level of public support for the candidature has been consistently high, with its opinion poll finding 83 per cent support in Italy, 87 per cent in Milan, 81 per cent in Lombardy and 80 per cent in Veneto.

The opinion poll for Stockholm Åre 2026 showed support is on the rise but is still considerably lower, with 55 per cent in favour in Sweden, 54 per cent in Stockholm and 59 per cent in Jämtland, where Åre is located.

Stockholm Åre 2026 has pointed out that as the candidature process has continued, opposition has decreased, with just 17 per cent of residents now against the bid.

Criticisms aimed at the bid include a failure to submit binding venue funding guarantees for the new venues - the Stockholm Olympic Village, the speed skating oval and the cross-country and biathlon venue - despite letters of intent having been provided.

König Jerlmyr and Wanngård will both be in Lausanne for the decisive vote next month and each believe that Sweden’s sustainable approach and leadership in the area could be key factors in the outcome.

If the Games are awarded to Stockholm Åre, action will be taking place across four venues - Stockholm, Åre, Falun and Sigulda in Latvia - in order to align with Olympic Agenda 2020.

"When it comes to the Olympic and Paralympic Winter Games, I am convinced that Stockholm Åre 2026 will host in a way that is transformative for future Winter Games.

"Virtually all of the needed venues for the Games are already in place.

"Our Games concept, including Åre and Falun, is both sustainable and prudent.

"And, Stockholm Åre 2026 will be an historic Winter Games given our cooperation with our Latvian neighbours.

"Everything is in place for the world’s greatest athletes, for our young people to see their idols up close and to inspire greater participation in sport and more healthy lifestyles.

"It is also a great opportunity for business and integration.

"As a true winter nation in love with winter sports, we know that we can make the 2026 Winter Games amazing in every way.

"I will be in Lausanne supporting our bid and I am hopeful we get the chance to welcome the world to our home in 2026."