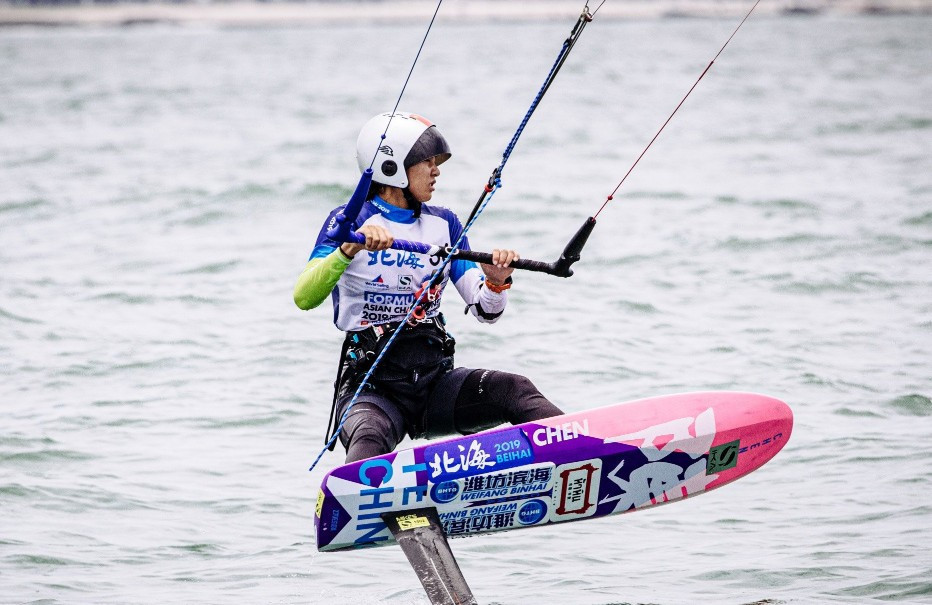 Attempts to give kiteboarding fans a glimpse of what to expect at the 2024 Olympics were dashed after the mixed team racing trial in Beihai, China was cancelled.

Kiteboarding will make its Olympic debut in Paris as a team sport, a change of pace from what is usually an individual event.

The format for the team event – teams of one man and one woman each complete a lap of a short-track course with a “flying” handover – had been due to be demonstrated on Tuesday in a break from competition in the six-day regatta.

However any attempts to fine tune the format – appearing at only a second international event following its debut in the World Championships at Lake Garda – were called off after "the wind refused to play ball", according to the International Kiteboarding Association.

Taradin, who took part in the first test in Garda, says he is enthusiastic about the new format.

He said: "It’s so different from the racing we usually do. It brings veterans like me fresh energy, fresh juice.

"I’ve been competing for years and the top 10 are always the same.

"When either the man or woman’s in front, it changes everything and brings lots of emotion.