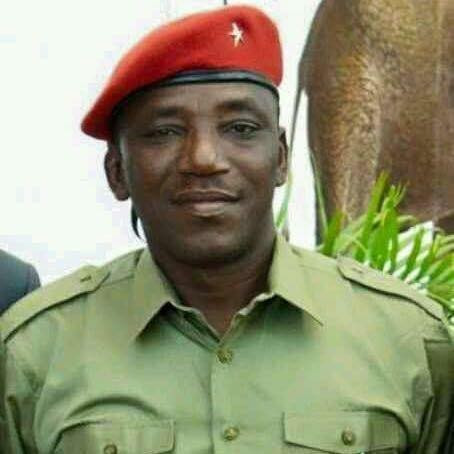 Nigeria faces sanctions from the International Association of Athletics Federations (IAAF) after Sports Minister Solomon Dalung claimed the worldwide governing body had been "blackmailing" the country over an erroneous payment given to the Athletics Federation of Nigeria (AFN).

Dalung gave no indication the $150,000 (£117,000/€134,000) would be refunded by the two-week deadline set by the IAAF earlier this month and instead criticised the organisation for the way it had handled the issue.

The IAAF had warned Nigeria would incur sanctions if the AFN did not repay the money.

Dalung had interpreted the warning as a threat that the IAAF would ban Nigeria from international competition.

This has been categorically denied by the IAAF, which said in a statement that it had "no intention" to suspend the AFN.

"The IAAF has no intention of suspending the Nigerian Federation from international competition," the spokesperson told insidethegames.

"Any other sanctions will be discussed first with the Nigerian Federation, but we have had assurances from both the federation and the Nigerian Minister for Sport (in August last year) that this money will be repaid.

"We continue to hold them to that commitment."

According to reports, AFN President Ibrahim Gusau spent the overpayment on kits for the Nigerian athletes at their home African Championships last year.

Members of the AFN have reportedly laid the blame squarely at Gusau, who they believe should be responsible for paying the money back to the IAAF.

Dalung said, however, that there was "no reason" to ban Nigeria despite the failure to repay the money and accused the IAAF of involvement in a "calculated attempt to demean and destroy Nigerian athletics".

The Sports Minister also insisted the country and the AFN were not guilty of any wrongdoing and questioned why it had taken the IAAF two months to realise they had made an overpayment.

"I think Nigeria has been unfairly treated because the issue has been painted and promoted as if there was any wrongdoing on the side of Nigeria, certainly not," Dalung said, as reported by several Nigerian outlets.

"Grants were released to Nigeria on May 17, 2017 and on May 19, the IAAF confirmed the transaction, just for the IAAF after two months to turn round and cry foul that there is a mistake.

"A transaction that was done and confirmed suddenly turned into a mistake.

"I think it is not about money erroneously accredited to Nigeria, but there is calculated attempt just to demean and destroy Nigerian athletics.

"They transferred money to us, they confirmed the transfer and then after two months, they woke up from slumber.

"Is the IAAF telling us they are much disorganised as that?"