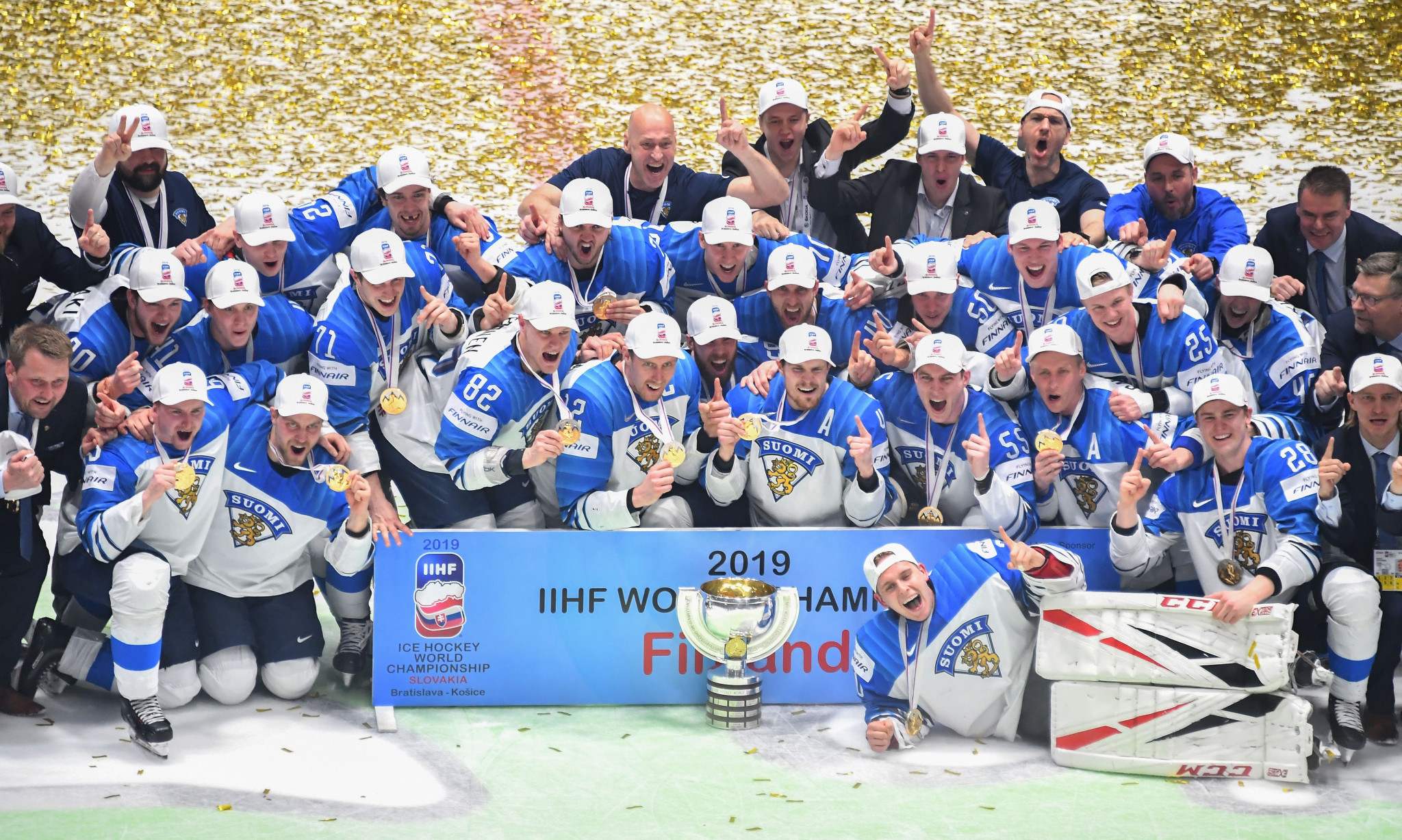 Finland shocked Canada with a 3-1 victory in the final of the International Ice Hockey Federation (IIHF) World Championship in Slovakia.

The Finns secured their third world title at Ondrej Nepela Arena in front of around 9,000 spectators.

It was Canada that opened the scoring through Shea Theodore in the 10th minute.

Finland captain Marko Anttila equalised in the second period, before putting his team in front in the third.

Harri Pesonen then made sure of victory five minutes from time.

Canada had been the favourites going into the final, having won the World Championships in 2015 and 2016 most recently.

Russia earned the bronze medal after a shootout victory against Czech Republic saw them triumph 3-2.