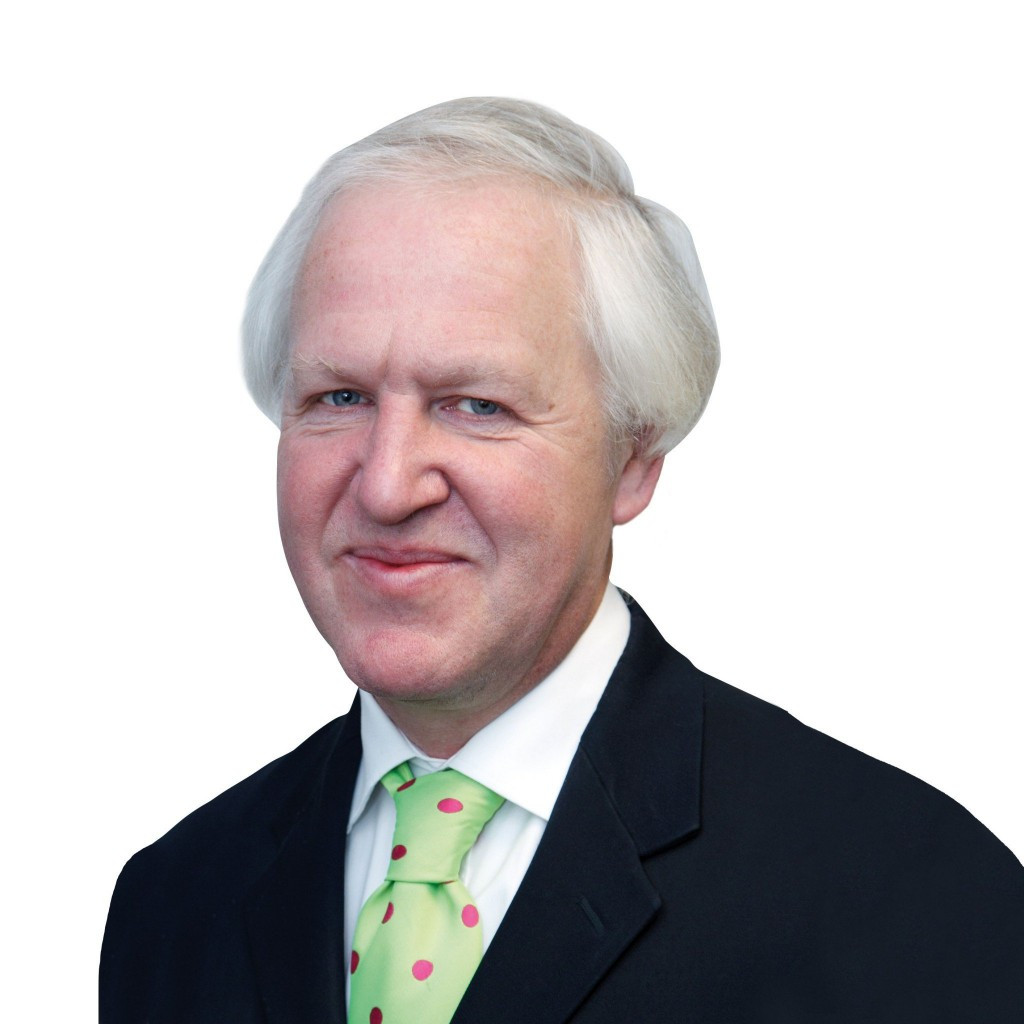 On May 31, 1969, John Lennon and Yoko Ono were entering the final stages of their week-long bed-in for peace at a Montreal hotel. The Vietnam war was raging on. The Apollo 10 astronauts had recently splashed down in the Pacific having successfully completed the mission that would pave the way for the “one small step for man” moon landing on July 20.

Against this backdrop, leaders of the two-year-old General Assembly of International Sports Federations (GAISF) gathered in the Olympic capital Lausanne for an important meeting.

After preliminaries that included a warning by secretary general Roger Coulon that relations with the International Olympic Committee (IOC) and its President Avery Brundage were “rather difficult” and notification by treasurer Charles Riolo that the accounts were showing a loss of a princely CHF784 ($775/£595/€690), those present settled down for the main business of an opening session that had got under way at 2pm: item five – election of the President.

All was swiftly concluded. After being proposed by Sven Thofelt, from the sport of modern pentathlon, and volleyball’s Paul Libaud, Thomi Keller, the tall, Swiss President of the International Rowing Federation (FISA) was elected unanimously.

Succeeding William Berge Phillips, the Australian President of the International Swimming Federation (FINA), who was unable to attend the meeting in Switzerland due to the illness of his wife, the forceful, 44-year-old Keller was voted in for a two-year term.

This turned out to be the start of a 17-year reign.

Under Keller’s determined leadership, the body that became known, first, as the General, and much more recently the Global, Association of International Sports Federations developed into a powerful defender of International Federations’ (IF) interests during a critical period when the commercialisation of elite sport via broadcasting rights and corporate sponsorship was beginning to get up a head of steam.

The way Keller pursued his role as IF figurehead often provoked friction with the IOC. By the early 1980s, then IOC President Juan Antonio Samaranch had decided he was a major problem and proceeded to cut the ground from beneath his feet.

But it could all have been very different.

About six months before Keller’s ascension to the GAISF Presidency, Albert Mayer, one of the Swiss IOC members and the brother of Otto, a former IOC chancellor, died at the age of 78.

Within weeks, at a meeting on 31 January 1969, Brundage asked the FISA President – whose views on the future of sport shared a certain amount of common ground with his own, in spite of the issues alluded to by Coulon – if he might be interested in joining the club.

But Keller’s breathtakingly audacious reply, despatched a week later from his Zurich base, asserted that he would consider “such a switch in the near future only if there was a real likelihood to become sooner or later your own successor”.

The “tasks and duties connected with your position” would, Keller acknowledged, “tempt me very much”, adding for good measure that his “financial and business position would permit me to serve in such a capacity”.

The door closed, never to reopen. Little more than a week after Keller took over at the head of GAISF, Raymond Gafner, a former ice hockey goaltender who was President of the Swiss Olympic Committee, was confirmed as the country’s new IOC member. He fulfilled this role with distinction until 1990.

Whether this disappointment came to colour Keller’s subsequent relations with the IOC is a matter for conjecture. In the meantime, there was much work to do.

Sport’s situation at the dawn of a new decade was a bit like an impoverished country that has struck oil, in this case in the form of broadcasting rights.

This ought to develop into a happy story, with enhanced prosperity improving the lots of sports and athletes alike. If mishandled, however, there was the potential for the opportunity to be partly or wholly squandered, with rapacious business interests manipulating matters to their own ends.

As both an experienced businessman and an IF President of more than a decade’s standing, Keller would have been aware of the potential – and the risk. He also knew that if the IFs wanted to defend their own and their athletes’ interests effectively in the new environment, their administrative machinery and communications channels would need a thorough overhaul.

“The organisations responsible for controlling sport,” he observed, “consider their task of directing too often as a hobby and are thereby influenced to initiate less strict measures than would be the case if business interests were in control.”

Much of his initial term, accordingly – beginning with his first three days in the GAISF President’s chair – was a process of unglamorous, under-the-bonnet adjustment and consultation.

Sunday and Monday, the first two days of June, were spent in consultations with his GAISF colleagues. The wrestling man Coulon’s agile, inventive mind was everywhere apparent. He voiced ideas for IFs to club together to negotiate reduced air fares and for creation of a World Youth Games.

He also underlined how strapped GAISF was for cash. “The GAISF budget was more than a hundred times smaller than the budget of the IOC,” he noted.

In addition, proceedings for these two days featured an appearance by Philip Noel-Baker, the only person to have won both an Olympic medal (silver, 1500m, Antwerp 1920) and a Nobel Prize (Peace, 1959).

Noel-Baker – serving at the time as the Labour MP for Derby South in the English Midlands as well as President of the International Council for Sport and Physical Education, an associate body of UNESCO – delivered a speech on international sport and was “warmly cheered”.

Keller’s key strategic vision was apparent in the meetings, too. This held that, with political and economic interests already striving to subvert sport’s true purpose – as he saw it – of forming and strengthening the character of the young, constructive cooperation between the IFs, the IOC and the National Olympic Committees (NOCs) was indispensable.

The “mistrust” that he regarded as limiting collaboration at this time to “a strict minimum” frustrated him enormously. The new GAISF President even referred to the “problem of the feud with the NOCs”, saying that he did not “quite understand the reasons of the dispute” and that it “can only hurt sport”.

It was already clear, indeed, that he viewed a joint commission between the three groups as highly desirable.

With the passage of time, he was to get his way: a Tripartite Commission was formed and wielded much influence in the 1970s, following the ageing Brundage’s replacement as IOC President by the more malleable Lord Killanin.

Those initial two days of discussions within GAISF were followed by a meeting with the IOC Executive Board before members headed off to Warsaw for the 68th IOC Session.

In minutes of a subsequent IOC Executive Board meeting, this gathering in Lausanne was characterised as “a waste of time”.

Whereas in earlier years IF leaders might well have been reduced to seething away in impotent rage, however, Keller quickly showed a flash of the steel that he was to apply to the pursuit of GAISF members’ interests during his years at the helm.

The 1970 IOC Session in Amsterdam would be the forum that selected the host cities for the 1976 Olympic Games, summer and winter.

The IOC had ignored GAISF’s request for detailed technical information from the candidates six months in advance. So, on 21 January 1970, Keller wrote to all eight contenders – Florence, Los Angeles, Montreal and Moscow (summer); Denver, Sion, Tampere and Vancouver (winter) – inviting them to GAISF’s General Assembly in Munich in March.

The GAISF President also sought to make a prompt start to the business of repairing the relationship between the IFs and the NOCs through a two-day bilateral meeting, featuring five representatives from either camp, in Lausanne.

It was around this time too that GAISF’s hand was further strengthened by the decision of FIFA, world governing body of the planet’s biggest sport, to join the umbrella grouping.

That last afternoon in May by the shores of Lake Geneva exactly 50 years ago, in short, marked the start of a period when everything that the vigorous, charismatic and still relatively young Keller touched seemed to turn to gold.

“GAIsF was founded three years ago as a loose association of organisations with a common interest in which each member retains full independence,” he recalled, with the merest vestige of self-satisfaction, at the body’s Munich Assembly. “However, events have moved so fast that there is already close cooperation in various ways.”

While this spirit of cooperation lasted, the IFs, under Keller’s leadership, would retain a potent voice as decisions loomed over how sport should grasp the new opportunities that the fast-evolving broadcasting sector was laying before it.

For the next decade and more, the former Swiss international oarsman with the winning brown eyes was one of the most powerful figures in a sports arena developing at breakneck speed into a genuinely global and hugely exhilarating multimillion dollar industry.