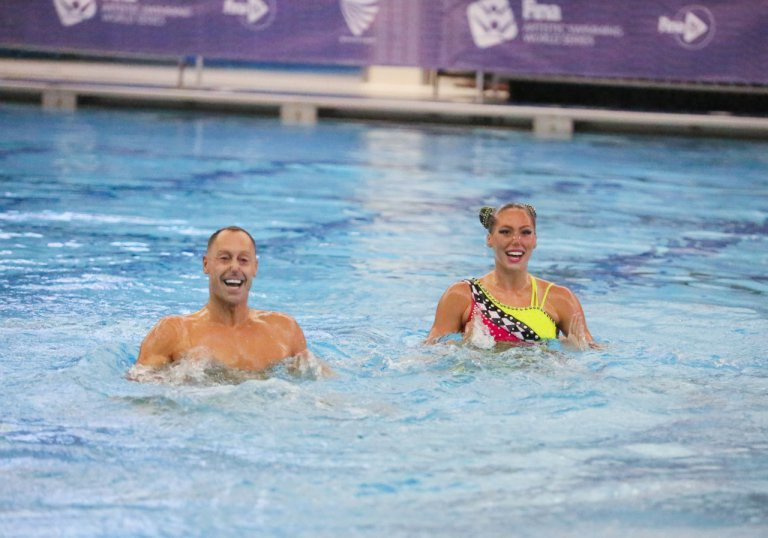 Bill May and Natalia Vega delighted the American crowd by winning gold in the mixed technical duet at the International Swimming Federation (FINA) Artistic Swimming World Series in Greensboro.

The duo scored 87.6687 at Greensboro Aquatic Centre on what was their first appearance in the World Series this year.

In second was Kazakhstan's Aigerim Issayeva and Olzhas Makhanbetiyarov, who claimed silver with 65.4532.

Japan had taken three of the four gold medals yesterday and obtained the same amount today.

Yukiko Inui and Megumu Yoshida  were triumphant in the technical duet with 91.1045, with Canada’s Claudia Holzner and Jacqueline Simoneau finishing second on 88.6425.

The bronze medal went to US's Anita Alvarez and Ruby Kathryn Remati with 85.8815.

Inui then earned her third gold medal of the World Series in the solo free, dominating with a score of 93.7583.

Canada’s Jacqueline Simoneau was given silver for 90.5083, while Argentina's Camila Maria Arregui was awarded bronze with 76.3000.

Japan rounded off a successful day with gold in the free routine.

The competition concludes tomorrow with the highlight and combo events.