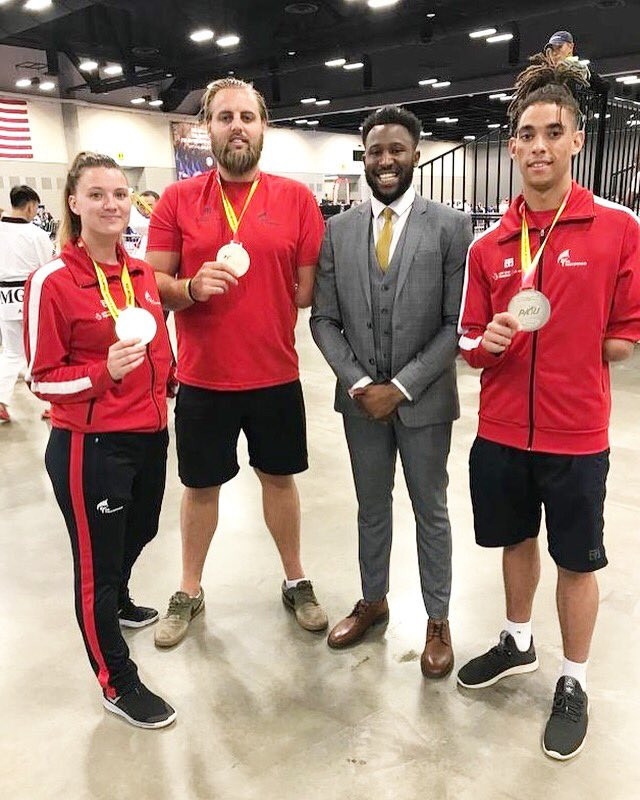 World champion Matt Bush has said a gold medal is the only result he is imagining when Para taekwondo makes its Paralympic debut at Tokyo 2020.

The Welshman became Britain's first male world champion in the sport last year when he triumphed in the over-75 kilograms/K44 division in Antalya in Turkey.

He now has his sights firmly fixed on more glory in the Japanese capital next year, with the 6ft 5in fighter undertaking a tough training schedule which includes regular six-hour drives to the GB National Taekwondo Centre in Manchester from his home in Wales.

"In order to progress in the sport, it's what I've had to do," Bush told the Western Telegraph.

"This is my chance to go to Tokyo in 2020 and represent my country and the only outcome for me is to come back with a gold medal.

"The facilities at the GB Taekwondo Centre are incredible and without it, we wouldn't be here.

"Although I live in Pembrokeshire, I do the six-hour drive to Manchester so that I can train with the best."

Taekwondo will make its Paralympic debut in Tokyo alongside badminton.

Bush's success comes during a golden period for Welsh taekwondo.