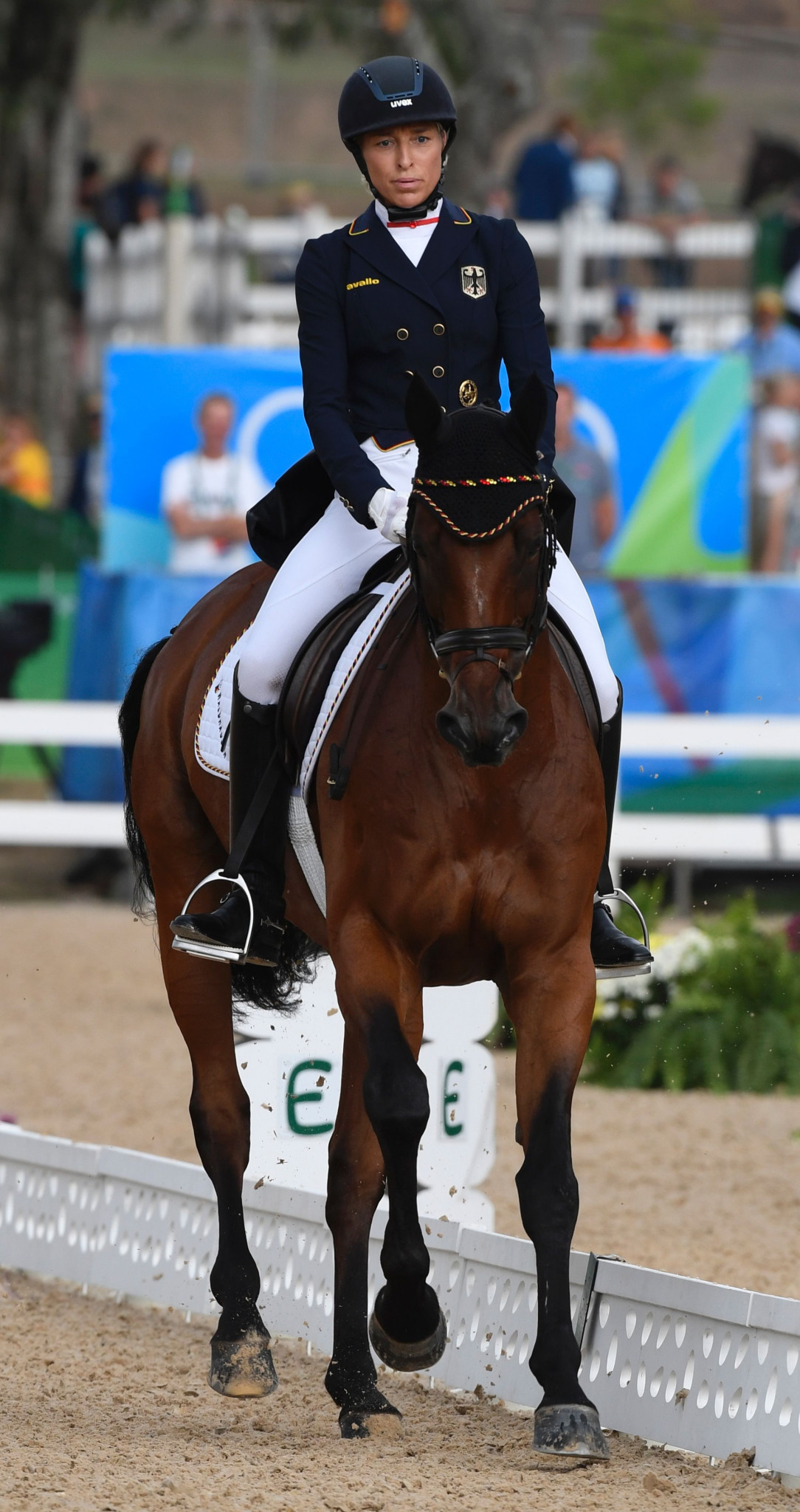 A controlled dressage phase had enabled Klimke’s team-mate Christoph Wahler to establish the individual lead on the opening day of the opening Cup meeting of the season, and today Klimke took over after guiding Asha P to a score of 23.2, some 1.6 points ahead of Wahler’s mark.

So Klimke now holds the individual overall lead going into tomorrow’s competition, which will involve more dressage competition for the final group of 22 riders, early in the morning, followed by show jumping.

And Germany has strengthened its overall lead with 78.2 points – almost 10 points clear of nearest rivals, Sweden.

Sweden has 87.4 points, with Switzerland third on 94.9, Belgium fourth on 97.2 and defending Nations Cup champions Britain, fifth on 97.2

The Dutch only have a team of three and their score after two riders is 66.2.

In the individual rankings, New Zealander Jesse Campbell has moved into third place behind the two leading Germans with Diachello II on a score of 28.0, dropping Swiss rider Robin Godel down a place to fourth.

Best of the British riders is still Tom McEwen, currently sixth on No Excuse.

The event will concluded with the cross-country element on Sunday.

The overall winner FEI Nations Cup Eventing champion will be decided after seven legs, with Boekelo in the Netherlands hosting the final in October.