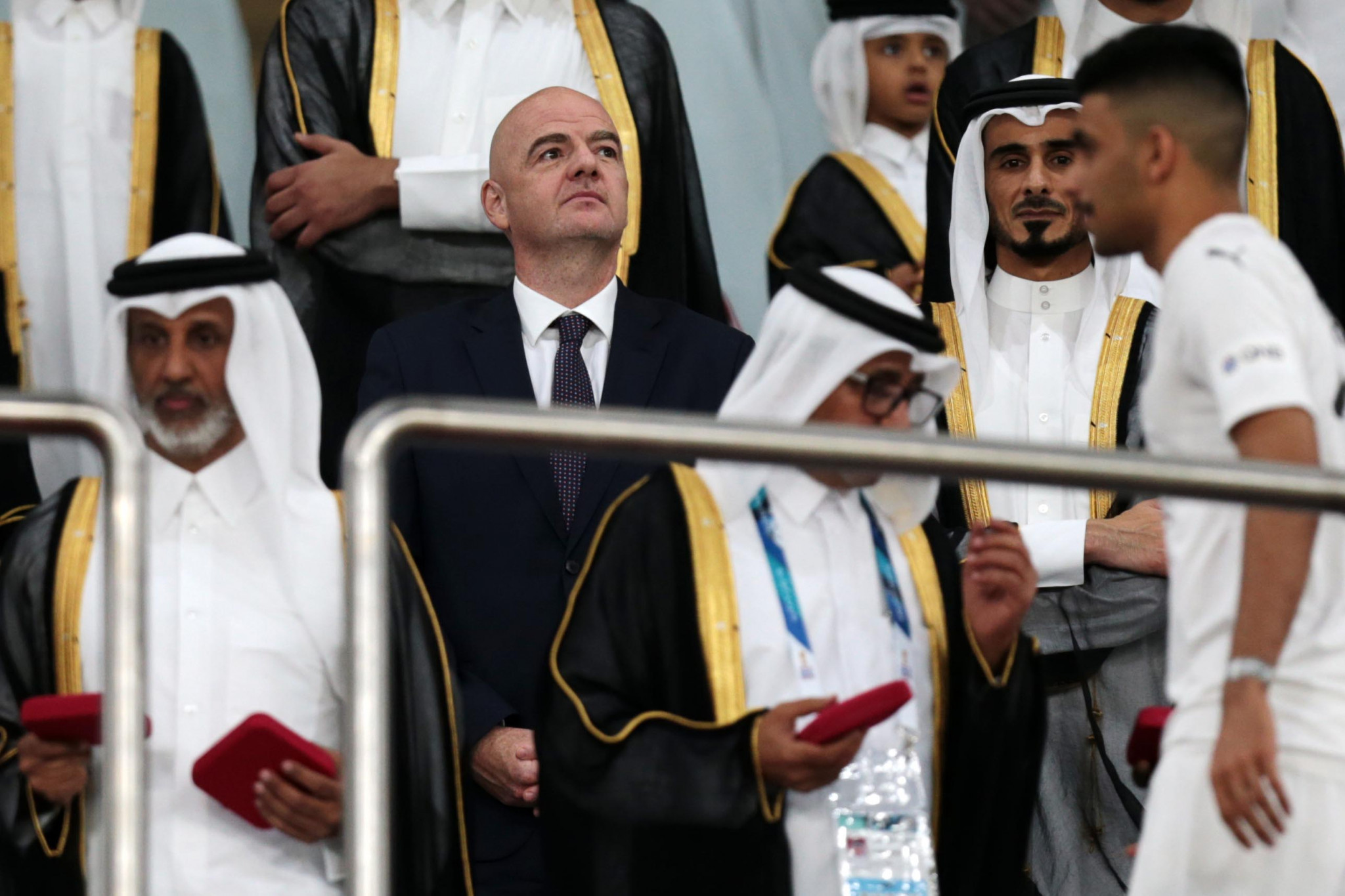 FIFA has abandoned controversial plans to expand the 2022 World Cup in Qatar 32 to 48 teams because of political tension in the region.

In a statement, world football's governing body confirmed the tournament would feature 32 nations.

FIFA President Gianni Infantino had been keen to increase the amount of teams by 16 for the 2022 edition of the organisation's flagship event.

"Following a thorough and comprehensive consultation process with the involvement of all the relevant stakeholders, it was concluded that under the current circumstances such a proposal could not be made now," FIFA said in its statement.

A proposal was due to be put to the FIFA Congress in Paris on June 6 after the expansion was declared "feasible" by the ruling Council in March.

It would have involved hosting matches in countries outside of Qatar after it was deemed incapable of staging an enlarged World Cup without the support of neighbouring countries.

A number of countries, including Saudi Arabia, the United Arab Emirates, Bahrain and Egypt, have severed all diplomatic ties due to Qatar's alleged support for terrorism - accusations which have been denied by officials in Doha - and support has not been forthcoming.

FIFA admitted it had also considered whether Qatar could host a 48-team tournament on its own but said a joint analysis of this possibility had "concluded that due to the advanced stage of preparations and the need for a detailed assessment of the potential logistical impact on the host country, more time would be required and a decision could not be taken before the deadline of June".

"It was therefore decided not to further pursue this option," the statement added.

Last June, a 48-team World Cup in 2022 was taken off the agenda of the FIFA Congress in Moscow which preceded the 2018 tournament in Russia.

Infantino revealed FIFA would only proceed with the plan with the support of the host nation.

A total of 48 teams have already been confirmed for the 2026 World Cup which will be co-hosted in North America by the United States, Canada and Mexico.

Infantino was hopeful this could be brought forward, despite opposition from bodies such as UEFA and human rights groups, which have criticised Qatar's hosting amid concerns over treatment of workers.