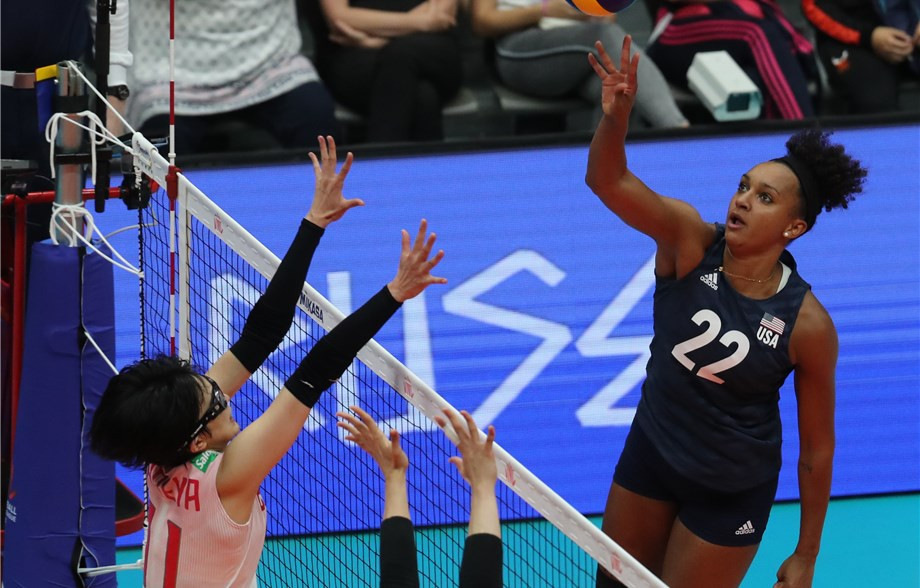 The United States made it two wins out of two in Pool Two after outplaying Japan in their International Volleyball Federation Women's Nations League match in Ruse in Bulgaria.

Japan's Yuki Ishii was the game's top scorer with 23 points but with lots of new blood in the US squad, the Americans once again demonstrated their strength in depth with Haleigh Washington bagging 20 and Madison Kingdon Rishel, Jordan Thompson and Hannah Tapp adding another 13 each.

Competition also continued in Pool One at Stegu Arena in Polish city Opole, where Italy beat Thailand 25-13, 25-17, 26-24 to continue their perfect start.

In Pool Four, hosts and reigning world champions Serbia extended their unbeaten run after coming from behind to overcome South Korea 15-25, 25-18, 25-17, 25-14 at Aleksandar Nikolić Hall in Belgrade.

It was a tight 3rd set between Thailand @thaivolley_tva 🇹🇭 and Italy @Federvolley 🇮🇹, but the last word belongs to Italian team who celebrates 2 victories at #VNLWomen!

A third round of matches is scheduled for tomorrow.

The pools will be rearranged again next week, with the same thing happening each week for five weeks.

The top five teams after the end of the pool stage will qualify for the final round.

That will take place at Nanjing Olympic Sports Centre.

China automatically have a place in the final stage as hosts.