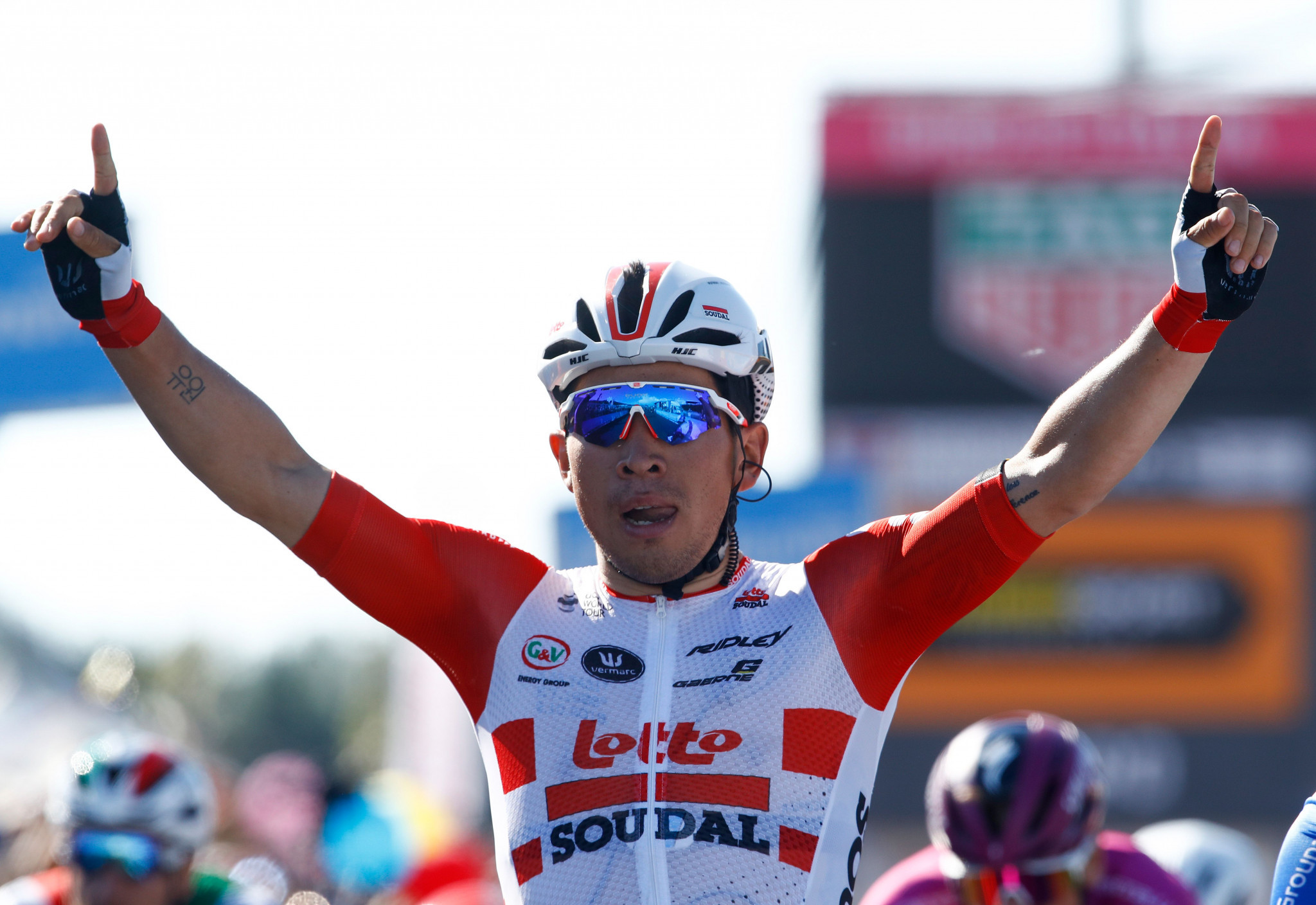 The Lotto-Soudal rider beat France’s Arnaud Démare of Groupama-FDJ by a bike length, clocking a time of 5 hours 17min 26sec for the 221 kilometres route from Carpi to Novi Ligure.

Ewan launched his attack from the wheel of Ackermann and demonstrated his speed and strength to keep his rivals at bay.

"A longer stage today suited me a bit better than yesterday with the other sprinters having sore legs," Ewan, who also won stage eight, said.

"I followed Pascal Ackermann’s wheel because I knew he’d still be good [despite his crash yesterday].

"He had a good lead out so it was a good wheel to sit on - I timed it right.

"I always considered myself one of the top sprinters.

"Two stage wins prove that I am really one of them."

He leads nearest challenger Primož Roglič of Slovenia by 1:50.

France’s Nans Peters is a further 31 seconds behind in third.

"It was a long and sunny stage, so I enjoyed it very much," Conti said.

"Tomorrow it’ll be harder to keep the jersey because the main climb is a hard one.

"But I want to keep the Maglia Rosa tomorrow also."

The 21-stage race is due to continue tomorrow with a 158km route from Cuneo to Pinerolo.