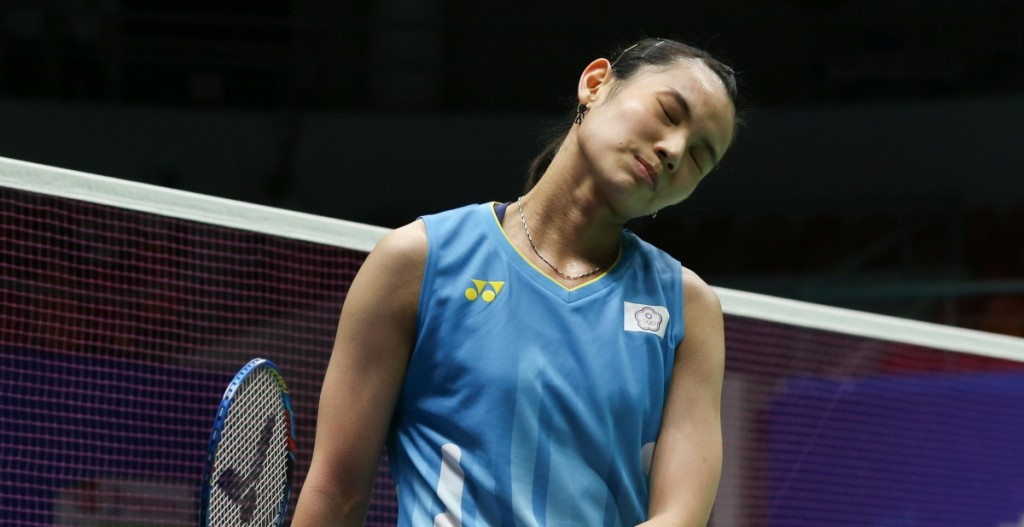 Despite missing their top singles players Son Wan-ho and Sung Ji-hyun to injury during this competition, South Korea had made a strong start to their defence with a 4-1 opening win over Hong Kong in Group 1C at Guangxi Sports Centre.

But after Chinese Taipei had got off to a good start, with Wang Chi-Lin and Lee Yang beating Choi Solgyu and Seo Seung Jae 21-15, 21-13 in the men’s doubles, the expectation was that the score would fairly shortly become 3-0 as they lined up their two strong singles players.

An Se Young changed all those calculations, however, as she confounded her opponent to win 14-21 21-18 21-16 and level the match score.

Chou Tien Chen performed as anticipated to win the men’s singles match against South Korea’s Lee Dong Keun, making it 2-1 with a 21-12, 21-17 scoreline.

But the Koreans raised their game once more to level the match through their women’s doubles pairing of Chang Ye Na and Kong Hee Yong, who beat Chang Chin Hui and Yang Chin Tun 21-13, 21-15.

Having finished top of their Group, the defending champions’ opponents tomorrow as the tournament moves into knockout mode in the second round are set to be Thailand, beaten 3-1 today by top seeds Japan, who are looking for their first Surdiman Cup win.

Japan, who were pushed by Russia before winning their opening match in Group 1A 3-2, were more fully in control in their second qualifying match as world champion Kento Momota stepped up for his first men’s singles match.

This this time they beat India, who, after their earlier 3-2 loss to Malaysia in Group 1D, are now out.

China’s opponents tomorrow are due to Denmark, who beat Indonesia 3-1 in Group 1B, with their former world champion Viktor Axelsen winning a tough-looking men’s singles match against Malaysia’s mercurial talent Anthony Ginting 21-9, 21-16.

Friday (May 24) is scheduled to see the two remaining second round matches between Chinese Taipei and Indonesia, and Japan and Malaysia.